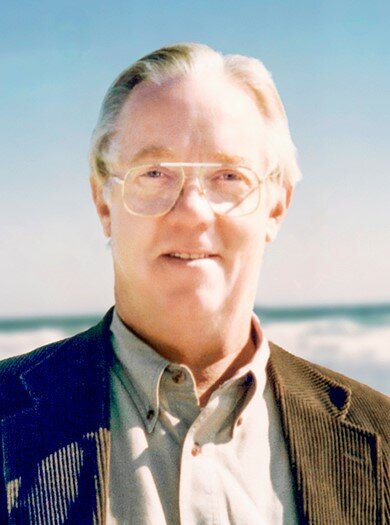 William Eugene (Bill) Kercheval, 84, passed away peacefully with his family by his side on
Saturday, October 15, 2022 at Inova Fairfax Hospital.

Bill was born November 12, 1937 in Indianapolis, Indiana. He spent his early years in Louisville,
Kentucky where he graduated from Fern Creek High School in 1955.

Rather than follow his family’s wishes to become an engineer, Bill accepted the call to the
ministry. He received a BA in 1960 from Baylor University and a BD in 1963 from Louisville
Presbyterian Seminary. As a minister in the Presbyterian Church USA, Bill served numerous
churches throughout North Carolina. He was Presbyterian Campus Minister at Wake Forest
University, worked for the Synod of North Carolina and served as treasurer for National Capital
Presbytery. He also served on various stewardship and finance committees of multiple
presbyteries, the synod and the General Assembly of the PCUSA.

Bill was a husband, a father, a grandfather, a friend and most of all a faithful servant of God. He
loved music, specifically the Jackson Brown Band and The Eagles. He was passionate about
cooking and giving to others. He was a supporter and regular volunteer at Falls Church
Presbyterian Church’s Welcome Table ensuring others had a well cooked meal. His family will
remember his sense of humor, love of good food and good wine and financial acumen.

He is preceded in death by his parents William Eugene and Verna Howard Kercheval; his sister,
Karen; his brother, John and sister-in-law, Peggy; and his son, Michael Francis. He is survived
by Carol Ringley Kercheval, his wife of 41 years; daughter, Lesley Anne; son, Jason Richard
(Tara); grandchildren, Reagan and Andrew Kercheval; an extended family of sisters and
brothers-in-law, nieces, nephews, great-nieces and nephews, and many friends and neighbors.

In lieu of flowers, memorial contributions may be made to The Welcome Table Ministry, Falls
Church Presbyterian Church at the address listed above.

Share Your Memory of
William
Upload Your Memory View All Memories
Be the first to upload a memory!
Share A Memory