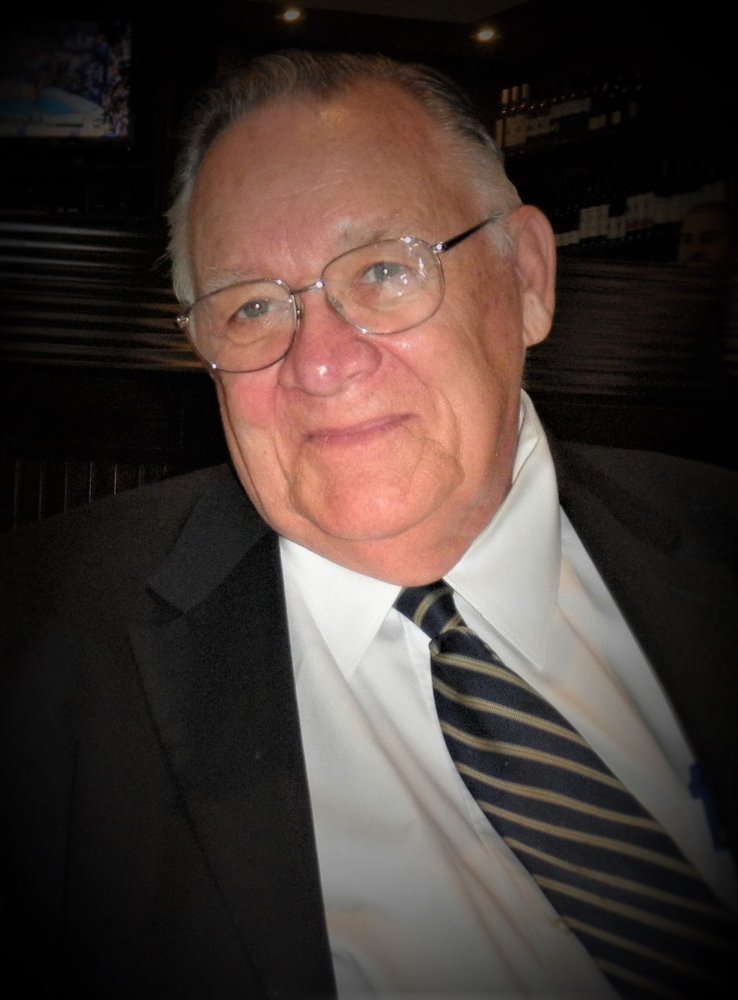 John Edward Hurley was born on December 13, 1935 in Washington, D.C. and spent his entire life in the area.   He is the son of Robert Emmett Hurley and Agnes (Mattingly) Hurley, brother of Robert and Michael and husband of the late Doris (Martin) Hurley.  He graduated from Gonzaga College High School and attended Georgetown University School of Foreign Service.  John, known as Jack to his family, had the gift of gab and regaled everyone with his vast vocabulary and knowledge of local, family and Civil War era history.  He was an avid storyteller famously known to declare, “True story,” if a questioning look came into a listener’s eye.  And while they very often were true, he conceded hyperbole on occasion.  Jack loved animals, especially horses and was a skilled trainer of dogs and squirrels.  His nieces and nephews fondly remember trick-or-treating with Nutley the Squirrel sitting on Uncle Jack’s shoulder.

His numerous connections with a wide range of organizations appear unusually diverse at first glance, but they share the common thread of an appreciation for integrity and commitment to truth—two things close to John’s heart.  He was a long-time member of the National Press Club, commentator on News Talk America, veteran of the U.S. Coast Guard who served as commander of the Club's American Legion Post 20 from 2007 to 2012 and stayed active as the Post's historian, co-founder of the Justice Integrity Project, sponsor of the Rappahannock Hunt, and dedicated member of St. Agnes Catholic Church in Arlington, Virginia.  As a devout Catholic, John was a member of the Legion of Mary, led the Rosary Group and organized all night Adoration for the parish.  He was a devoted member of the Workers of St. Joseph and along with his friend, Tony Silvia, for years anchored a weekly radio program discussing topics of interest to the faith.  He loved God and sharing his faith with others.

John passed away on May 7, 2021 in Arlington, Virginia of lung cancer.  He is survived by his brothers and their families: Robert and Carol Hurley of Alton, Illinois and Michael and Mary Hurley of Arlington, Virginia along with fifteen nieces and nephews and thirty-six great nieces and nephews.  John will be missed by many but his eloquent command of the English language, his passion for the relevance of history, and his simple joy at knowing God loved him will be long remembered.  Rest in peace, Jack.  We love you.

The Mass can be viewed by clicking this link: https://saintagnes.org/

To send flowers to the family or plant a tree in memory of John Hurley, please visit Tribute Store
Thursday
13
May