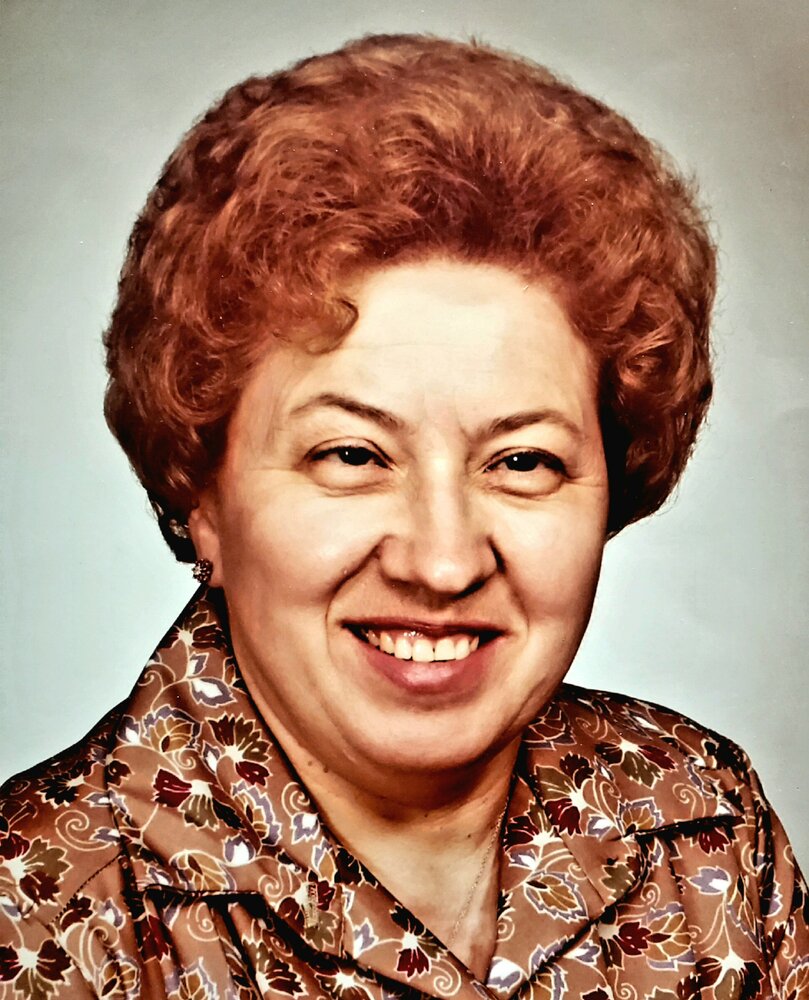 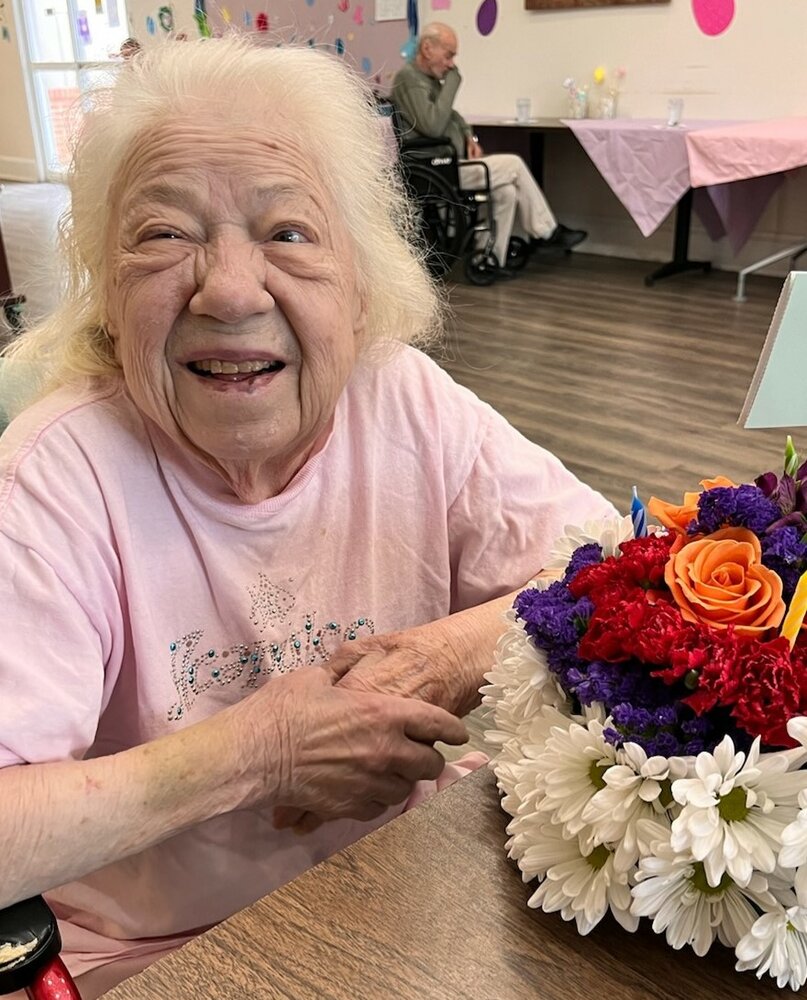 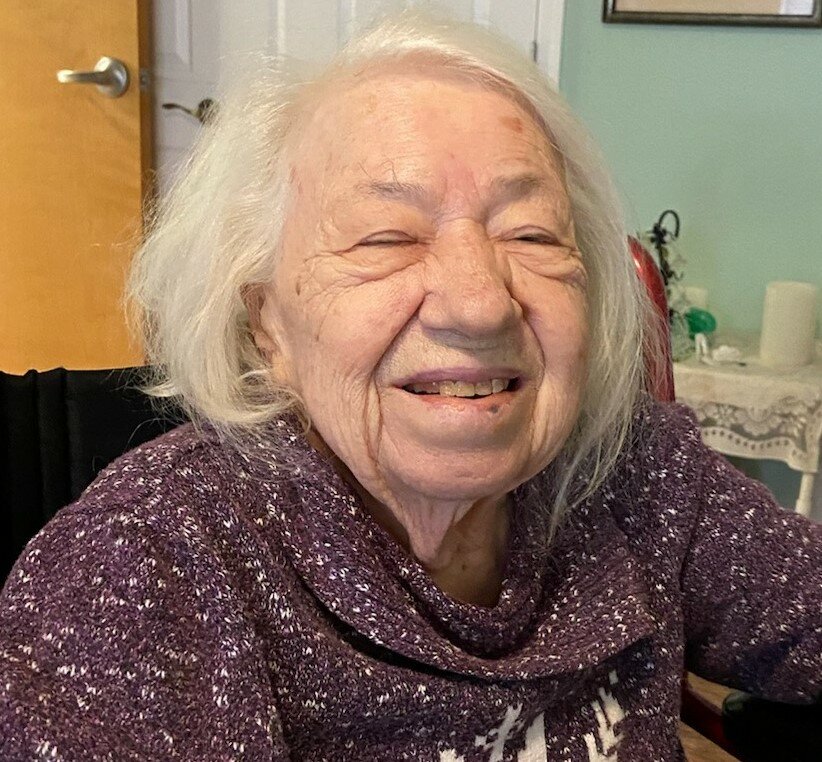 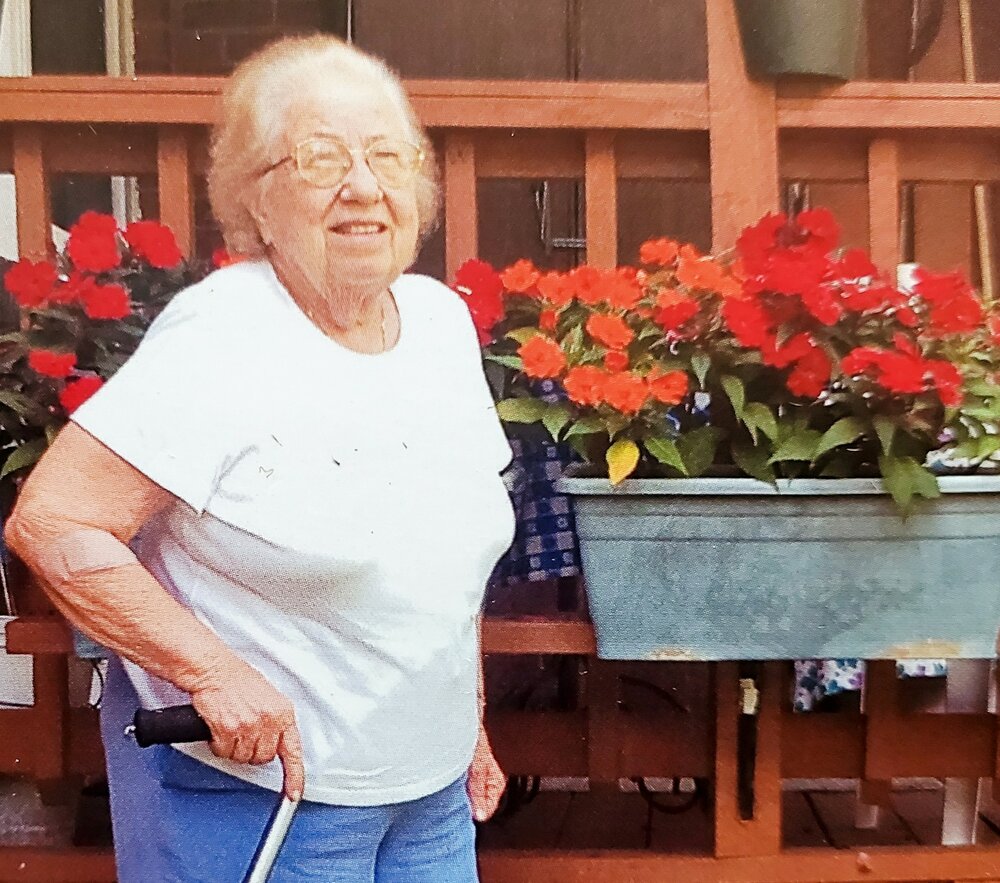 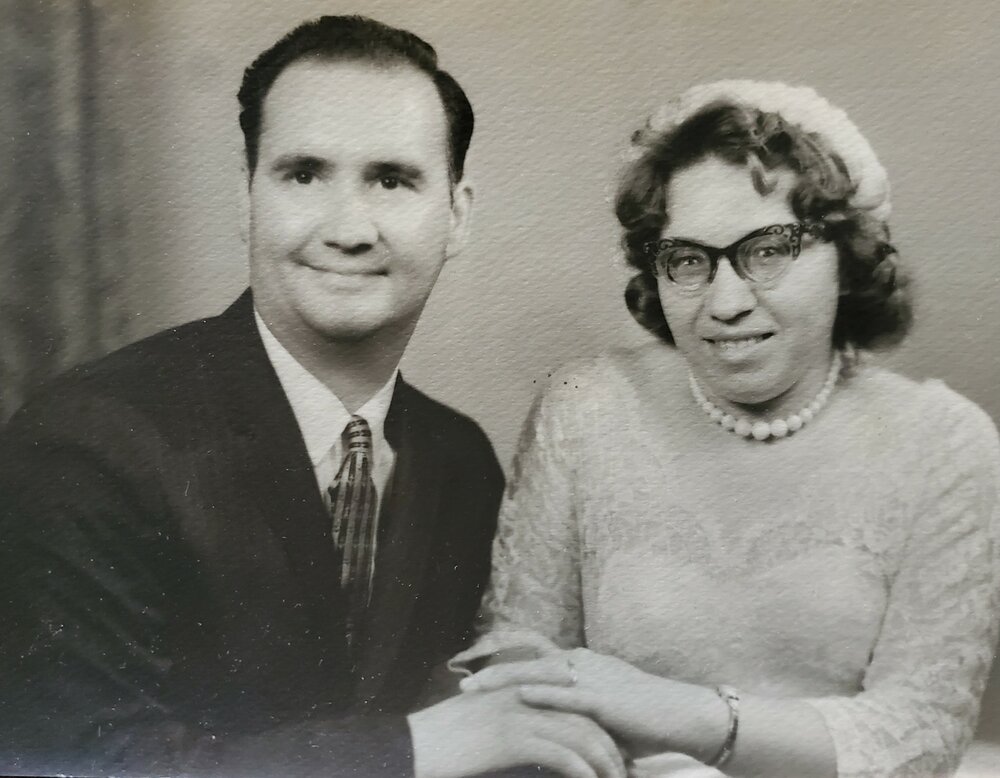 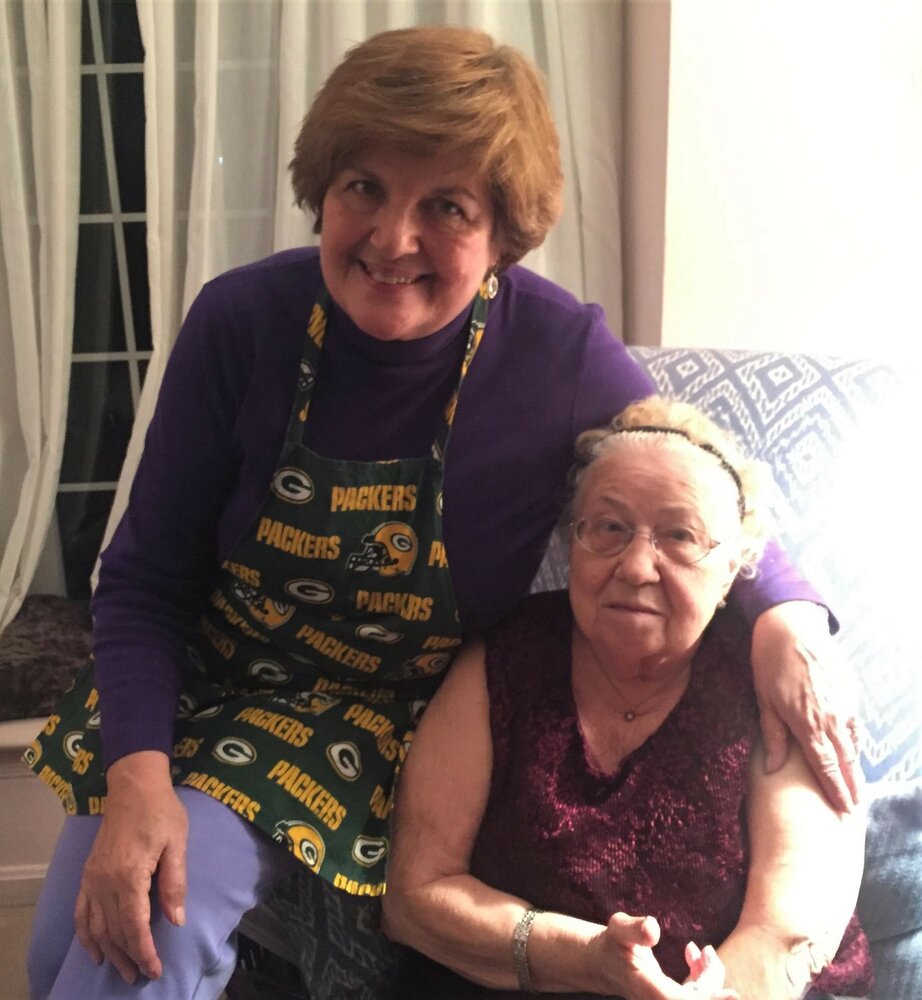 Margot Moench Fixx, 91, long-time resident of Falls Church, died September 19th, 2022, at Green Valley Commons in Winchester.  She had suffered a severe stroke on September 12th and never regained consciousness.  Margot was fortunate to receive loving care from the caregivers at GVC and her good friend  Mary Beth Kustra.

Margot was born on April 17, 1931, in Germany to Xaver Moench and Maria Dizioch.  Maria died when Margot was just nine days old.  Margot married William W. Fixx shortly after she immigrated to the United States. They moved into one of the apartment complexes built during World War II to house mostly Pentagon employees.  Margot lived 58 years in that one-bedroom apartment at 300 Maple Avenue, Falls Church, Virginia.  Being in such a small place turned out to be a blessing after Margot’s eyesight deteriorated to the point where she was declared legally blind. She knew exactly where everything was and had no problem finding things.   Margot’s tiny apartment was always pristine; she kept everything clean and orderly.

Margot worked many years as an accountant for various drugstores, where she befriended Naome Saul, Maricopa, AZ, and many others.

Margot loved to swim; in fact, she swam across the Main River when she was a young girl.  Following her husband’s death, Margot became active in the Falls Church Community Center’s water aerobics classes and made many friends there --  In particular with the late Vera Pohedra and fellow German Ursula Jones.  She even went on several cruises with them.  Her husband William Fixx preceded her in death.  Besides many friends, Margot is survived by her half-brother and four half-sisters and their families, all of whom live in Germany.

By her “adopted daughter”

I met Margot around 2011, when I volunteered to drive her to Doctors’ appointments, hair and nail appointments and grocery shopping. She had been declared legally blind and lost her driver’s license.  Then eighty-year-old Margot was very active and very feisty.  She loved to bluster and when angry she would sputter: “ I’d like to kick that guy in the butt.”

Margot was very set in her ways.  For example, there was a CVS drug store in walking distance of her Maple Avenue apartment, but she insisted I drive all the way over to a CVS in busy Seven Corners area.  There she would only let Mai Lin; a Vietnamese pharmacist fill her many prescriptions.  Apparently, someone at the Maple Avenue CVS had messed up one of her prescriptions years ago. She also insisted I drive her to the Giant grocery store on Graham Road rather than the nearer one, as well as to a Nail Shop much further away than need be.  Before her health issues began to pile up, Margot would go down the dark stairway to a communal laundry in her apartment building’s basement to do the laundry she didn’t wash by hand.  She also had me take her to a large laundromat to do her bulky sheets, blankets; etc.  I relied on her to be my GPS to find all these places.  She had a great sense of direction and knew exactly how she had driven to each of these places.  Of course, I ‘mussen’ (must)  go her way.  She was so cute when she would interject German words here and there.

Although I encouraged Margot not to buy sugary, starchy food, she would have none of that even though she was taking oral medicine for diabetes.  She regularly stocked up on Mountain Dew soft drinks, cookies, pies, ice cream, and bargain pastries.  When I first met her, although Margot was only 4 foot 6 inches tall,  she weighed 167 pounds.  When she died, she weighed about 124 and rarely needed insulin.  We always laughed about her solid, round ‘dupa.’ (Polish for heinie)  Margot told me she knew some Polish because her maternal grandma had lived there on a horse ranch.  I never quite figured out when or why her grandma and birth mother were in Poland.

Margot was reluctant to talk about her childhood.  It was not a happy one.  Disclaimer:  I have a bad memory and Margot would dance around some of the more painful details of her life.  So, some of what remember may not reflect the full or true story.

Margot was the first born of her father Xavier Moench and his wife Maria Dizioch.  I don’t know either of her step-mothers’ names.  Her birth mother died when Margot was only nine days old.   Margot told me that when she was a child “her mother” seemed to love her younger brother and sister but was mean to her.  In fact, after her father went off to war, “her mother” put her in an orphanage.  When her father came home on leave and found out, he took her out of the orphanage and brought her to his mother in Freudenberg am Main which is south of Frankfurt.  He also explained that her mother had died and the woman who had not treated her well was her actually her stepmother.  Margot claimed that her stepmother was her birth mother’s sister.  Her dad did not return until several years after the war ended.  No one knew if he was dead or alive.  During this period her stepmother fell in love with an Italian and ran away with him.  Her dad eventually returned to his family.  According to  Margot, he had been a POW on a  farm in France and because he was a good farmer, he was encouraged to stay during the chaotic period following the end of the war.

Her dad eventually remarried and had three more daughters whom he expected Margot to look after.  Teenage Margot resented being free labor and ran away from her family, then living in Frankfurt.  Her dad looked all over for her but never found her.   She had found a job in Frankfurt’s American Sector known as HiCog.  (Small world:  I actually lived with my family in HiCog from 1983-85.)  Now, although she was still working as a nanny, she was getting paid and learning to speak English.  Margot explained that she learned English from the young children in her charge.  She worked for one American family, the Bromfields, who upon returning to the States, offered to sponsor Margot to immigrate to the USA, which she did.  Before she left for the States, Margot went to see her father.  You can imagine his surprise when he learned that she had never left Frankfurt.

Margot always loved to dance, even when she was up in her 80’s and not light on her feet anymore.  She told me she met her future husband at a dance shortly after she moved to the States.  She suffered many miscarriages, and they never had any children.  People would often ask if I was Margot’s daughter; sometimes she would tell them that she had adopted me.  That really warms my heart.

Photo Christmas at my house 2016

To send flowers to the family or plant a tree in memory of Margot Fixx, please visit Tribute Store
Wednesday
28
September

Share Your Memory of
Margot
Upload Your Memory View All Memories
Be the first to upload a memory!
Share A Memory
Send Flowers