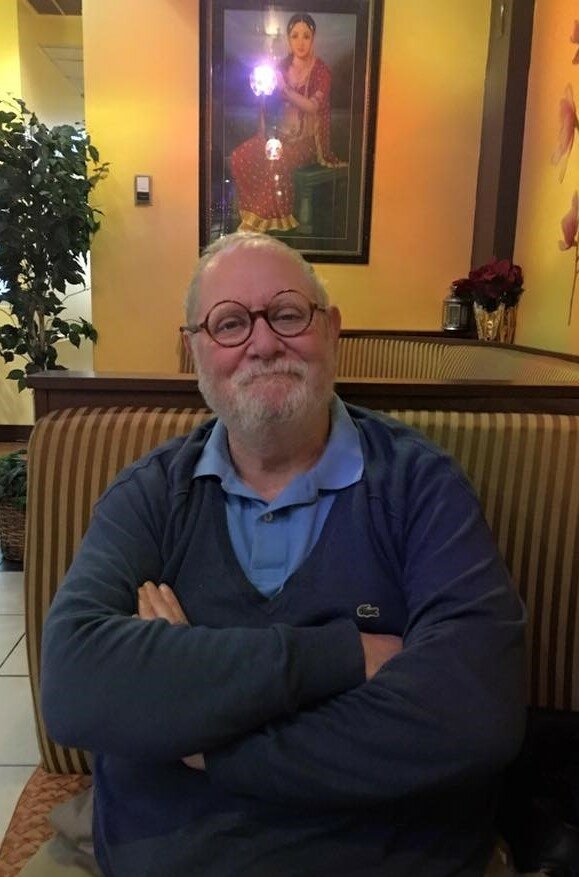 John was born February 24, 1946 in Greenbelt, Maryland to Edward Posniak and Elizabeth “Betty” Uranson Posniak. The family moved to Washington when John was a young boy, settling in Chevy Chase where John and his older brother Steve attended Murch Elementary School, Alice Deal Junior High and Wilson High School. The family were active members of All Souls Unitarian Church in the fifties and sixties.

John held a deep admiration for his father, a native Russian who had lived in Berlin and Paris before immigrating to the U.S. in the 1930s. Edward worked for various government agencies before being pushed out of government by false accusations from Joseph McCarthy. After that episode, Edward worked as a journalist and economist, traveling around the world and writing in multiple languages. John inherited his passion for languages and a healthy skepticism of authority from his father and a love of art and music from his mother.

John studied French literature at Lake Forest College.  After graduating he lived in London for a year with friends. Travel was a lifelong passion, and he always had stories, including one about meeting Jim Morrison in Morocco less than a year before Morrison’s death. He also became a certified scuba diver and loved to visit French-speaking Caribbean islands.

After returning to the States, John received a Masters in Library & Information Science from Catholic University. He worked in libraries for the federal government for much of his career, first  at the Export Import Bank and later at the Comptroller of the Currency.  He moved to Alexandria, Virginia in 1987 where he lived happily near the Braddock Road Metro station until 2019.

While John never married, he was an inherently social man and enjoyed connecting with friends over his many interests. John was an active member of Potomac Pedalers in the ‘80s and ‘90s and served on the board of a credit union during the same period. He also spent many years sharing a beach house in Bethany Beach, Delaware with friends.  He remained avidly interested in travel, photography, and French language and culture throughout his life. He volunteered to translate documents for  an organization focusing on SIDS and for many other causes. More than anything, John was fascinated by people, and curious about everyone he met, their background, their languages, and what made them tick. He loved making connections and helping with translation projects. He stayed in touch with friends in France and around the world throughout his life. John’s deep, rollicking laugh was particularly memorable. Medical conditions limited John’s life in recent years, but he enjoyed connecting with others and sharing humor on Facebook.

John was preceded in death by his parents and his brother Steve. He’s survived by his niece Beth Fiencke (Jonathan), a great-niece and nephew, and numerous friends around the world.

To send flowers to the family or plant a tree in memory of John Posniak, please visit Tribute Store