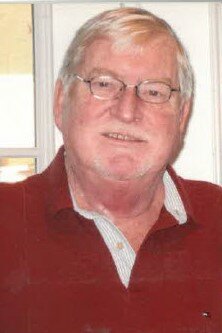 “Ron” or “Ronnie”, as he was known by his family and friends, was born on June 17, 1944, in Rome NY.  He grew up with his family in Utica, NY, on the family farm.  He graduated from Holland Patent High School in 1963.  After graduating he later moved to Virginia, where he worked for C & P Telephone company in Arlington, VA.  Ron stayed with the same company through two mergers.  The first with AT&T and then by Lucent Technology where he remained until he retired in 1999.

In Ron’s spare time he became an avid golfer.  Ron and his buddies traveled up and down the eastern shore playing various courses and tournaments.  One of his most memorable achievements was winning the Doral Cancer Society Golf Tournament in Miami, FL.  Golf was more than a hobby or pastime.  It was his place of peace and enjoyment.  When he was not on the golf course, he enjoyed traveling with his wife Marcia.  Ron and Marcia took several cruises during their time together.  Their favorite cruise was to Venice.  When they weren’t cruising, they spent time relaxing lakeside in Middleboro, Massachusetts with family and friends.

In lieu of flowers, please consider making a donation to the Salute Military Golf Association, www.smga.org.  Please make donations, "In the memory of Ronald D. Howe".  This charity supports post 9/11 Veterans with disabilities

Share Your Memory of
Ronnie
Upload Your Memory View All Memories
Be the first to upload a memory!
Share A Memory