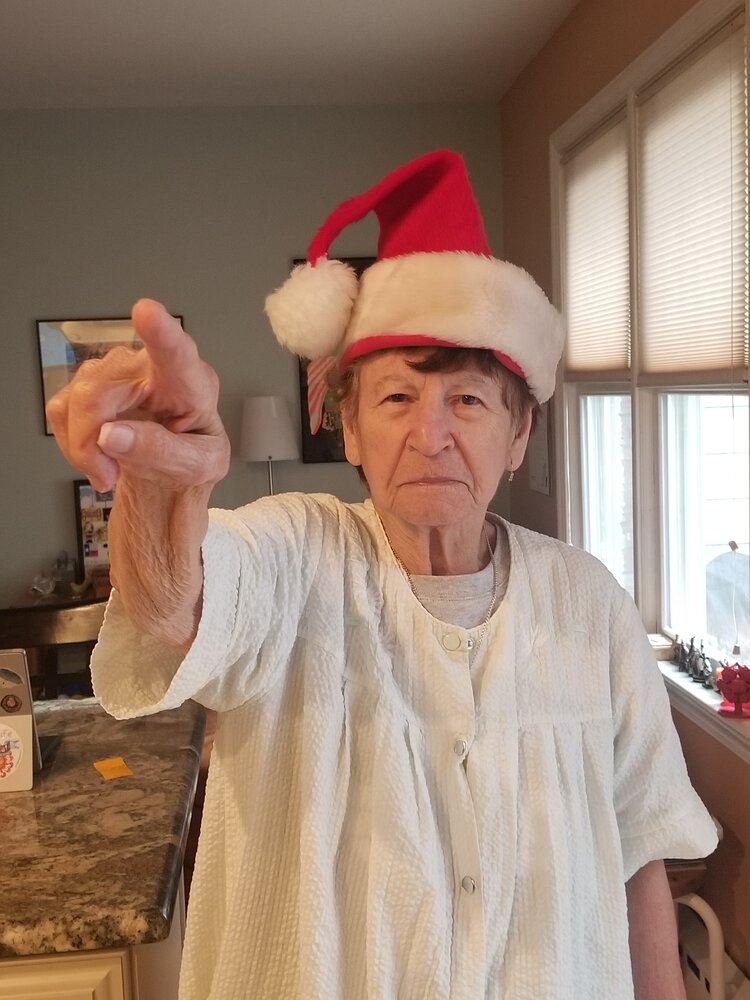 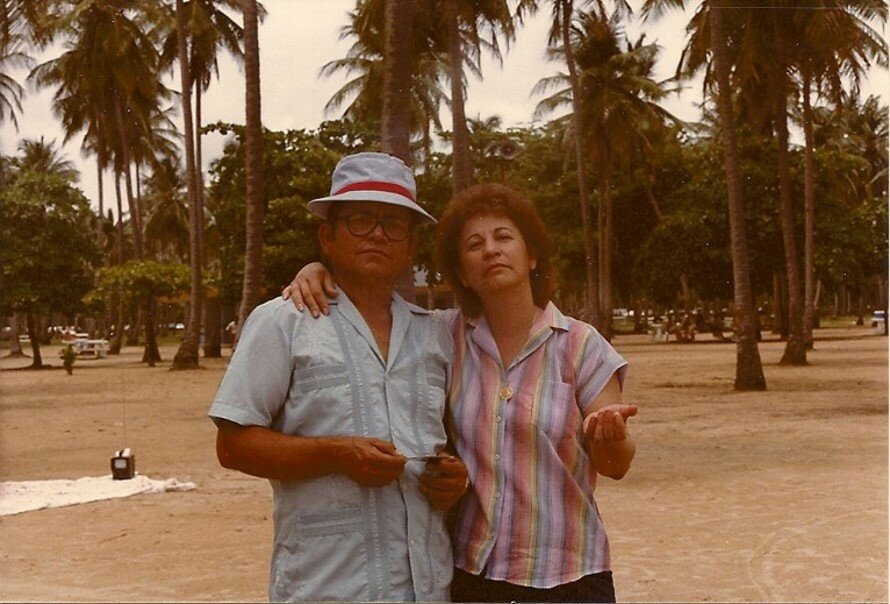 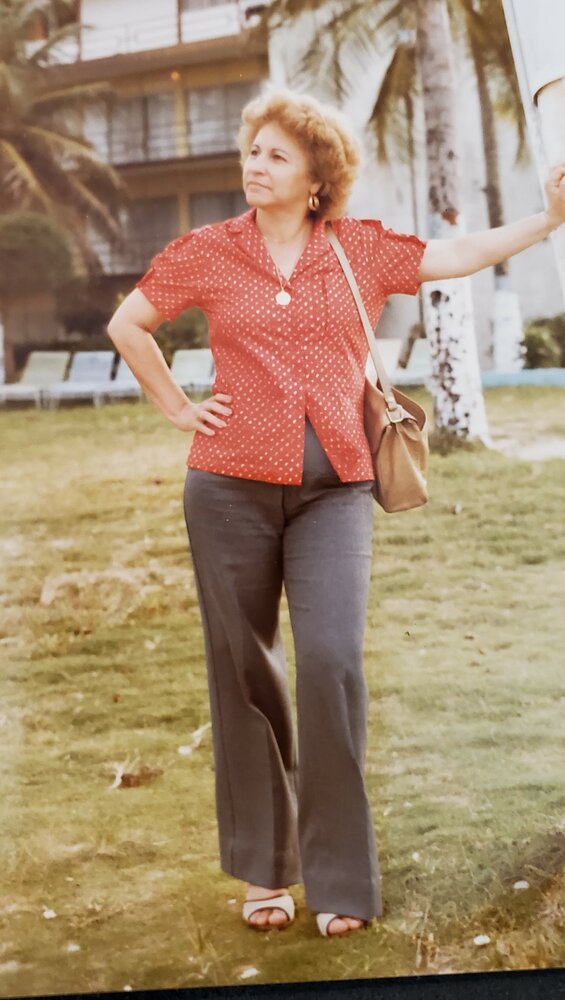 Alicia Aponte Medina loved life, her family, Puerto Rico, Laurent Perrier champagne, business class travel, the Dallas Cowboys, the Houston Astros, penne amatriciana, knitting, London, arroz con gandules, Jorge Negrete, flan, the PBS production of Pride and Prejudice, good Mexican food, Smitty's barbecue, and bad boys such as Russell Crowe—just to name a few. She was known as "Double A" by her work colleagues at the Department of the Army, where she served as a budget and program analyst and earned the Superior Civilian Service Award for her work saving the government money—almost certainly so it could be spent someplace else. To advance in her career she went to college in her 40's, graduating from the University of Texas at El Paso with a BS in business administration. Among the greatest accomplishments in her life was passing college calculus. During her American History class, she became quite indignant upon learning that the British burned down Washington D.C. during the War of 1812. Nevertheless, her resentment was short-lived and when asked, she immediately named London as her favorite overseas destination.

Speaking of foreign destinations, she visited every continent except Antarctica during her 86 years, and if Antarctica had five-star hotels, no doubt she would have figured out how to get there. During the last two decades of her life (in the before times), her normal pattern every year included 2 overseas trips, 1 trip to Puerto Rico, 1 visit each to Oregon and northern California, and several road trips hither and yon. Although she insisted on staying at the very best hotels, she was interested in much more than just pleasure. She loved history and culture and was always game to see a good Broadway or West End show. She saw Angela Lansbury on stage twice: once in A Little Night Music and then again in Blithe Spirit. At the start of the second act in A Little Night Music, Angela Lansbury's character bemoans the dental problems that afflict the elderly. Alicia's knowing laugh was heard throughout the theater.

Alicia was born to a single mother in Caguas, Puerto Rico on July 20, 1935. Her family was poor so there are no pictures of her as a child. Her image emerges only in high school, bearing a striking resemblance to a young Queen Elizabeth. At the age of 18, she fell in love and married Cruz Medina, a young Army corporal. According to Alicia, one condition of their marriage was that he stay in the military, presumably because Alicia wanted to see the world. The first place she saw outside Puerto Rico was Oklahoma.

English was Alicia's second language. She mastered it but there were still words and expressions that escaped her. Her children Cruz and Carmen remember one time when after a presumably difficult day at work, she asked them to explain the phrase "Screw You!" She often confused the vowel sounds of a "short i" and a "long e." It was problematic that her work as an accountant meant she often had to work with spreadsheets.

Alicia was a woman of great passion. She could hold a grudge but she also loved and gave generously. She took care of her husband and her mother during their last years, visiting Cruz at the VA nursing home every single day without fail for six years. After her husband died, she visited the VA nursing home each holiday season, delivering handmade gifts to every resident. No doubt the most popular were the 75 winter caps she knitted one year. She also stayed active after retiring from government by preparing income taxes for twenty years. She was proud of qualifying as an enrolled tax agent at the IRS. She had a photographic memory for numbers and could recall the Social Security Numbers of almost all her clients. Awkward!

When organizing her many trips, Alicia would never travel on Tuesdays because she thought they were unlucky. She died on a Tuesday, the 80th anniversary of Pearl Harbor. In lieu of flowers, you may consider a contribution in memory of Alicia Aponte Medina to the Dementia Society of America by mail to PO Box 600, Doylestown, PA 18901, or online www.DementiaSociety.org/donate.

To send flowers to the family or plant a tree in memory of Alicia Medina, please visit Tribute Store

Share Your Memory of
Alicia
Upload Your Memory View All Memories
Be the first to upload a memory!
Share A Memory
Send Flowers