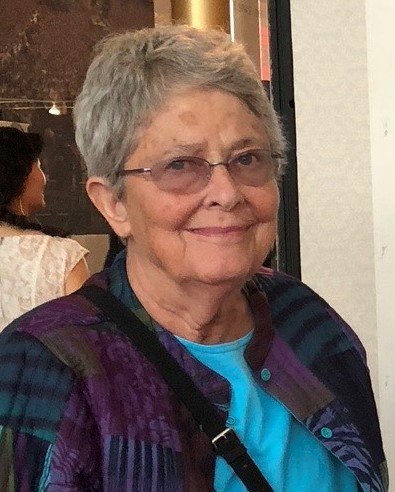 Libba (Elizabeth) Colby passed peacefully in her sleep at home during the early morning hours of Thursday, June 17, after suffering a stroke. Her children and grandchildren were blessed to be able to spend her last week with her as Libba said goodbye to friends and family.

Libba was born in Nashville, Tennessee on November 28, 1935, the second child of Dr. Alexander Webster and Elizabeth Kent Pierce.

In 1960, Libba married David Colby in Wichita Falls. They lived together briefly in Dallas, Texas, where Libba was a research technician. They moved to New Haven, Connecticut for one year, then to Houston, Texas, and finally to McLean, Virginia in 1970.

Libba was a fine-art painter who showed her work in Texas and who taught for Lamar Briggs in Houston, Texas. After a hiatus while raising three boys, she returned to the workforce first as a salesperson at Stanhope clothing store in McLean, Virginia, then as a graphics artist for Versar, Inc. and for the Institute for Defense Analyses (IDA).

Libba was preceded in death by her husband David Colby; her parents Elizabeth and Alexander Pierce; and her brother Sandy Pierce. She is survived by her sons Hunter, Alex, and Logan Colby; and six grandchildren.

Libba’s life will be celebrated by her family and friends at a future date in Hawaii. To honor Libba’s love of nature and all its creatures, you may make a memorial donation in Libba’s name at the Nature Conservancy: