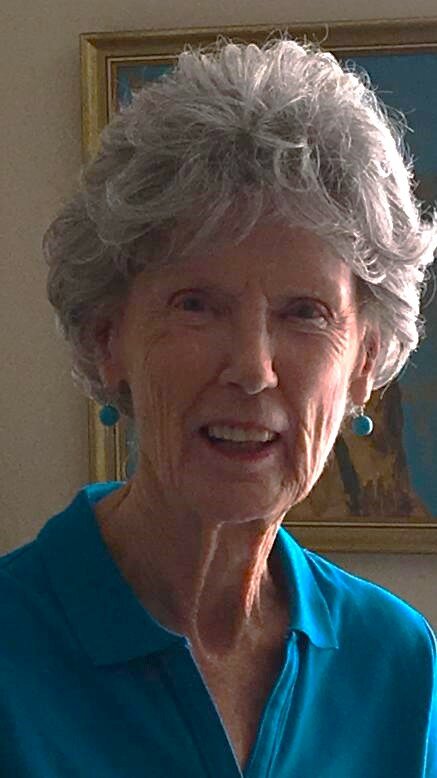 Born in Beverly, Mass, Mary was the daughter of John Irving Corning, from Wenham, Mass, and Johanna Browne from Mountain Ash, Wales.  After the untimely death of her parents Mary moved into the loving home of her cousin, Julia Dennehy, and Martin Higgins of Winchester, Mass.  Mary spent a large part of her early years at Rosary Academy of Watertown, where she met friends who remained with her throughout her life.  As a senior at Rosary Mary won a highly competitive quiz contest that had local headlines shouting “Winchester girl declared winner!”

Her academic prowess led her to Boston’s Emmanuel College, well known at the time for being 1) the first Catholic college for women in New England and 2) strategically located by the Red Sox’s Fenway Park.  At Emmanuel Mary became a student leader, serving as class treasurer.  Her senior yearbook described her as “Simplicity, sincerity, frank blue eyes, and captivatingly unassuming.”  An Emmanuel classmate, Janet Healy, introduced Mary to her brother and Mary’s future husband John F. Healy.  Mary graduated in 1954 with a Business Administration degree and a fervent love of the Red Sox.

Seeking a career as a teacher Mary earned a Master of elementary education in 1955 from the Teachers College of the City of Boston, now called Boston State College.  She then taught for several years at an elementary school in Cambridge Mass. before marrying the dashing young military officer Jack Healy in 1960 and moving to Washington, DC in 1961.  Mary briefly worked as an elementary school teacher in the district before moving in 1963 to the then far-flung outskirts in Springfield, VA.

Mary and Jack represented a new generation of transplanted New Englanders who decided to remain in the Washington DC area after moving to the region for federal government work.  As Jack worked for the Federal Communications Commission Mary became a full-time mom, juggling three kids in a strange region that struggled to understand her Boston accent (accent key: Park /pak, Car /ka, Harvard /ha vid, Yard /yad).  In one famous exchange outside an aquarium Mary horrified a neighbor by misinterpreting “I saw a shark” as “I got a shock” and threatening to take him to the hospital.  Mary’s kids will forever be traumatized for ordering Jimmies on their Frappes from stunned local ice cream vendors.

Mary loved to travel, many times foregoing reservations and planned stops for the open road and frequent petitions to Saint Jude (lost causes) and, her personal favorite, Saint Anthony (lost things), or "Tony" as they were on a first name basis.  Her wanderlust started with a trip to Europe after college, and she would later bring her growing family to Maine for lobsters, Mexico for slammers, and the mountains for a memorable meteor shower.  She encouraged her children to attend colleges far from home, pushing them to acquire self-reliance as well as perhaps giving herself a small respite from mom duties and lining up future travel destinations.  Mary and Jack memorably stalked their Foreign Service son throughout his career, parachuting with abandon into Mexico, Honduras, Panama, and Costa Rica.  The daring duo particularly enjoyed Costa Rica, where they celebrated their granddaughter’s baptism and the 2013 Red Sox World Series win, though not necessarily in that priority order.

As a faithful member of Red Sox nation, Mary always looked forward to the next game.  As the kids grew up Sox games would constantly play on an old black and white TV in the kitchen, with the windows open so we could hear the commentary from the back yard.  She also made sure to teach her kids how to sing “Take me out to the ballgame” the right way, followed by “take me out to the park” not the “crowd.”

Mary devoted virtually all her attention to her children. She deftly handled all our challenges, from helping with homework at the kitchen table to throwing us outside to play kick the can into the wee hours as moms did before the dawn of the internet.  Through it all she insisted on academic achievement, pushing her children to do more than they could imagine.  She will remain forever in our hearts.

Mary and Jack proudly celebrated mass at Holy Spirit Church in Annandale, VA, where they joined the parish before the building of the church in 1967.  A funeral mass was held at Holy Spirit on December 22, 2022.  A graveside service will be held at Arlington National Cemetery on Friday, February 24, 2023 at 2:00pm.  Assemble at the Administration Building.

To send flowers to the family or plant a tree in memory of Mary Healy, please visit Tribute Store
Friday
24
February

Share Your Memory of
Mary
Upload Your Memory View All Memories
Be the first to upload a memory!
Share A Memory
Send Flowers