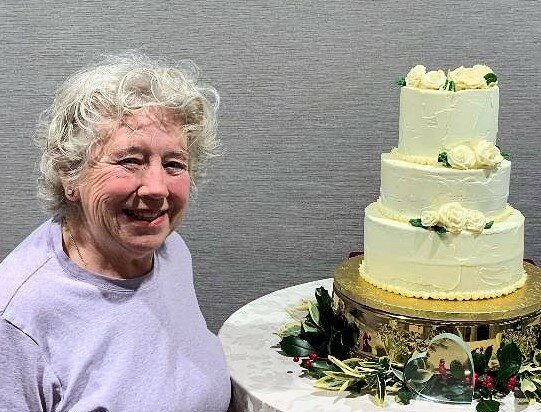 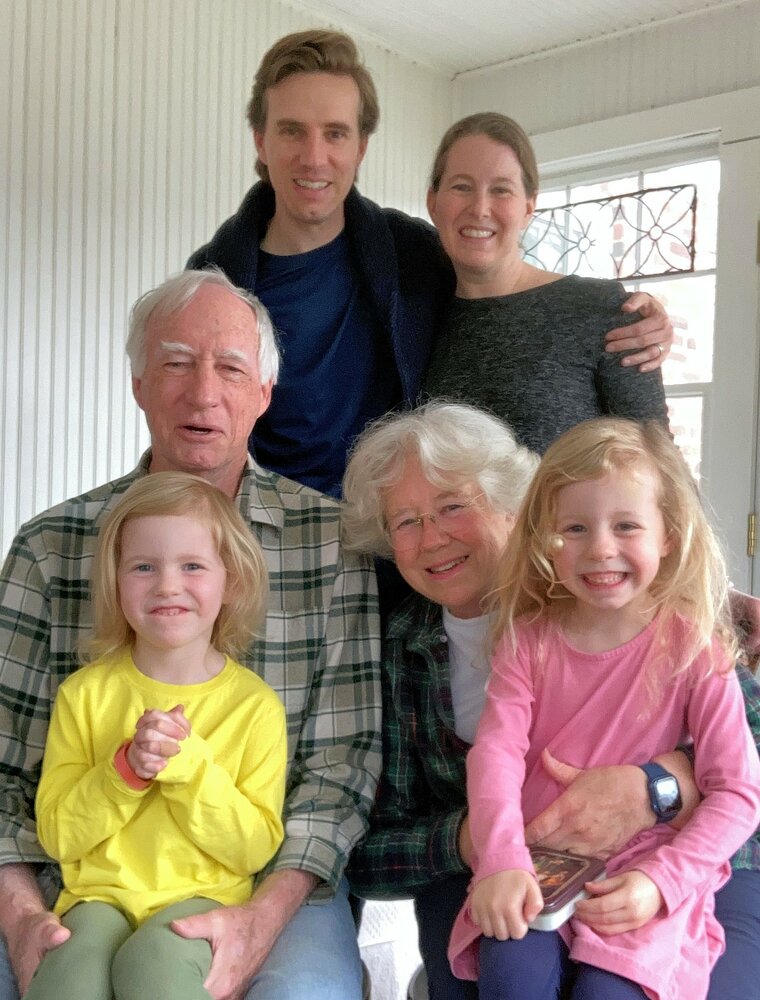 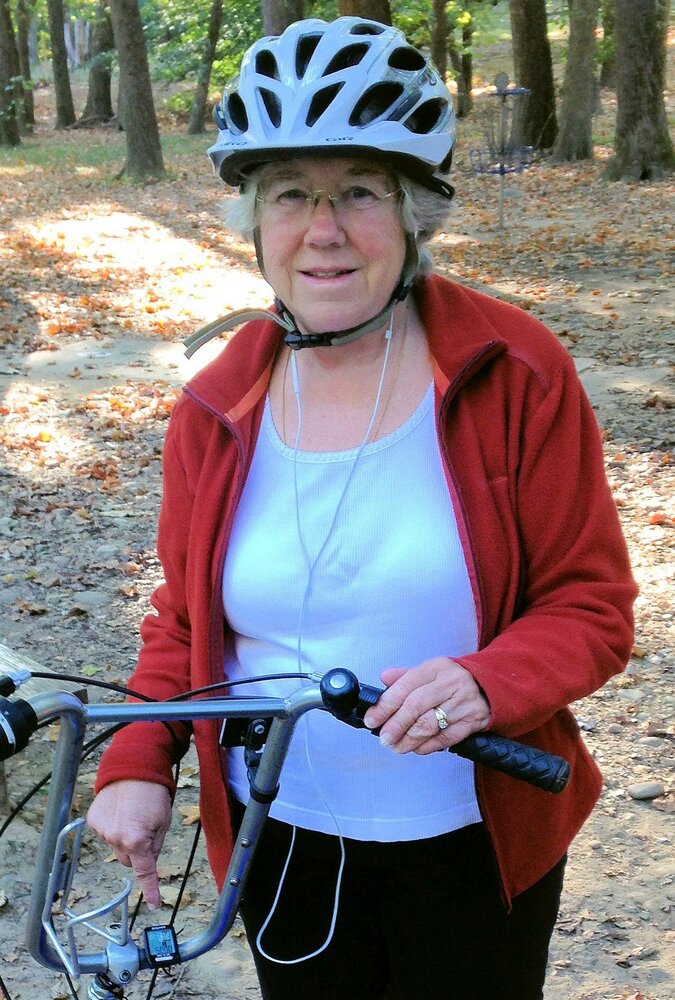 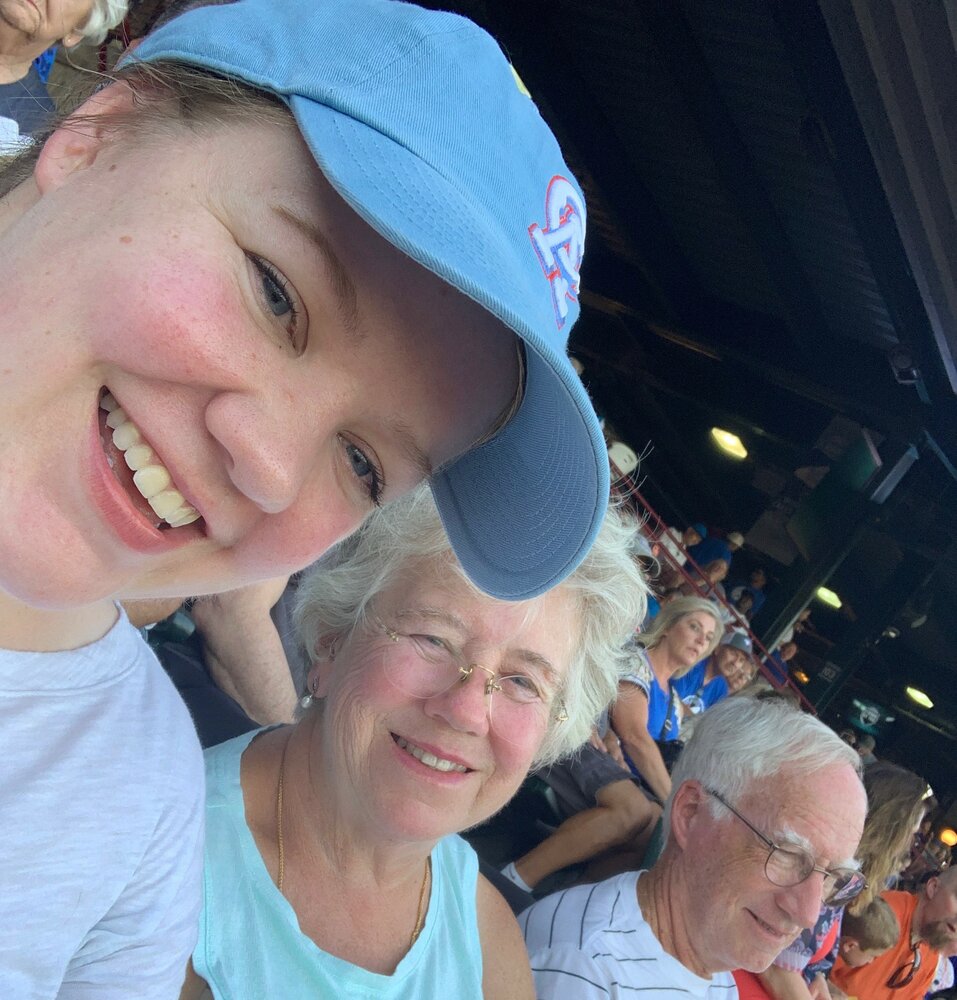 With the approach of a nephew’s wedding Nancy volunteered to make the cake. Over the course of several weeks, she chatted up local bakeries for guidance, sampled different frostings, completed two test cakes, and pondered every detail before arriving at a finished product that met her expectations: a three-tier masterpiece covered in beaded detail and white buttercream roses she piped by hand. Repeat a few years later for another nephew. The wedding cake adventures would exemplify many of the values that defined her life – devotion to her family, putting others first, and a love for baking. That was Nancy.

Nancy’s life centered on her children and grandchildren, St. Ann Catholic Church, generosity and kindness towards anyone she knew, and sympathy for those who suffered, wherever they might be.

Known for her patience and compassion, she was uniquely prepared for a career in special education. In a career spanning more than 35 years, she taught special education and math at schools around northern Virginia before retiring from Yorktown High School in 2013.

Nancy Alice Schell, of Arlington, Va., passed away on November 19, 2022, in the company of her family – and drawings from her 4-year-old twin granddaughters.

Nancy was born in 1946 in Glenwood Springs, Colo., the eldest daughter of Navy veterans Wayne J. Schell and Genevieve (Buckley) Schell. Both worked in aviation communications during the war. Post-war, Wayne became an air traffic controller, and after assignments in Ohio and southwest Virginia, the family settled in Vienna, Va., where Nancy was raised with her brother and five sisters. She went to school at St. James in Falls Church, Our Lady of Good Counsel in Vienna, and James Madison High School in Vienna. She spent many summers at Vienna Woods Swim and Tennis Club where she excelled at diving, and eventually joined the Pepsi Divers program.

Nancy majored in economics at Mary Washington College, where she became involved with the Newman Club and connected with classmates who would become cherished lifelong friends. After a stint with the Department of Commerce in Washington she returned to school to earn a Master’s of Education from the University of Virginia.

Around this time she developed a fondness for contra and English country dance. That’s how she met her husband, Chris, at a dance at Catholic University in Washington, D.C. They bonded over dancing, became regulars at Glen Echo Park, and soon after married at St. Charles Catholic Church in Arlington.

Following retirement Nancy continued a lifelong commitment to education and serving others through a tutoring program at the Arlington County Detention Center, where she worked with inmates preparing for the GED.

Nancy was an avid cook and ice cream connoisseur, and was known for her homemade ice cream. She practiced hard at the dulcimer, looked forward to the weekly English country dance, and loved Pride and Prejudice. She found joy in the little things – candlelight dinners, the sound of waves at the beach, fresh-cut flowers around the house, browsing specialty kitchen stores, and fireplaces in the winter.

Nancy enjoyed swimming at Overlee Swim Club, where she was a member for nearly 40 years. Any day the weather permitted she and Chris went for a bicycle ride on the W&OD trail in Arlington or the Legacy Trail in Sarasota, Fla., where they spent several winters. A long-distance trip on Amtrak was always a treat. She has given her family many wonderful memories and provided a guiding light to follow.

She is survived by her husband of 40 years, Christopher Clarkson; children Nathaniel Clarkson (Kelli) and Genevieve Clarkson (Keith Hendricks); grandchildren Jane and Merritt; sisters Dottie Schell, Susie Gabriel, Peggy Watkins, Maryellen Moore, brother Wayne Schell, and many nieces and nephews and their children. She was preceded in death by her parents, Wayne and Genevieve, and her sister, Patricia.

In lieu of flowers, the family requests that donations be directed to St. Ann Catholic Church in Arlington, Va.; The Ruesch Center for the Cure of Gastrointestinal Cancers at Medstar Georgetown University Hospital; or the Cholangiocarcinoma Foundation.

Share Your Memory of
Nancy
Upload Your Memory View All Memories
Be the first to upload a memory!
Share A Memory