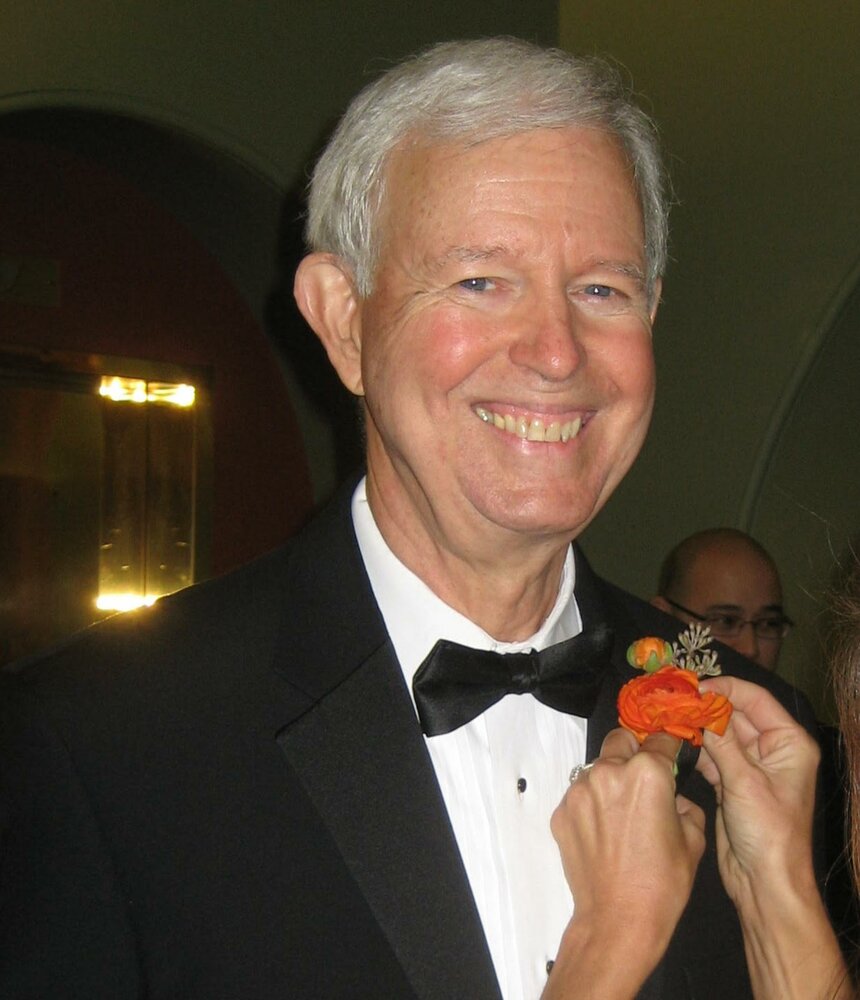 Burton Lane Bostwick, age 81, of Arlington, Virginia, passed away on November 23rd after a year-long battle with cancer.

Burt was born on September 16th, 1941 to Edith (Bowling) and Burton Bostwick in Baltimore, Maryland. After graduating from George Washington High School, Burt went on to study at Mount St. Mary’s in Emmitsburg, Maryland, before transferring to Georgetown’s School of Foreign Service.

After graduation in 1963, Burt volunteered for Navy Officer Candidate School in Newport, Rhode Island.  He graduated in 1964 and was assigned to the Naval Communication Station in Norfolk, Virginia, where he met his future wife Mary Lynne Reinkober, with whom he would go on to have two daughters, Lynne and Elizabeth.  After active duty in the Navy, he entered the civil service working for Overseas Private Investment Corporation, from which he retired after 30+ years in 1997.  He traveled to nearly every continent, and was conversational in Spanish, French, and Russian.

In his retirement, Burt was active in numerous organizations including the Old Glebe Civic Association, the GW High School Alumni Organization, Northern Virginia Senior Softball League, and helped to co-found the Friends of Gulf Branch Nature Center in Arlington, Virginia.

Burt was predeceased by his parents and sister Susan Bostwick. He is survived by his wife of 55 years, Mary Bostwick, daughters Lynne Boehm and Elizabeth Bostwick, and grandchildren Sam Boehm, Kate Boehm, Connor Boehm, Owen Curnett, and Carter Curnett, and brother Peter Bostwick.

Burt’s funeral mass will be held at Our Lady Queen of Peace Catholic Church in Arlington, Virginia, on January 14th at noon.  Reception to follow.

In lieu of flowers, the family requests donations be made to the Friends of Gulf Branch Nature Center.

Share Your Memory of
Burton
Upload Your Memory View All Memories
Be the first to upload a memory!
Share A Memory