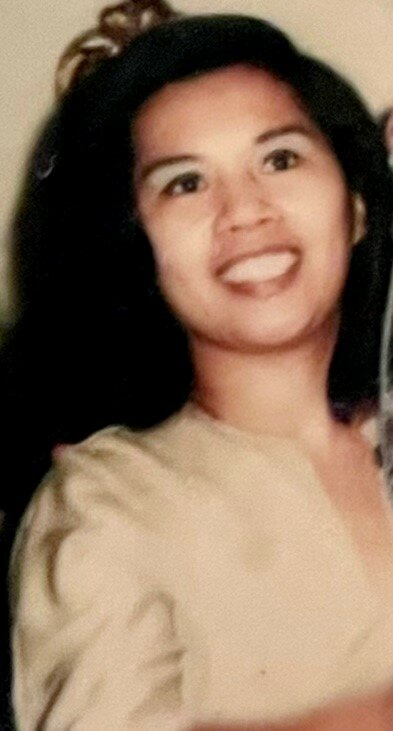 Esperanza Mabonga Cromwell was born on April 19th, 1947, on the island of Samar in the Philippines. Because education opportunities were better in Manila on the island of Luzon, Esper and her cousin Violetta Pascente moved to Manila and lived with their Aunt and Uncle. In 1963 after receiving an education, Esper and Violetta moved to Angeles City located outside of Clark Air Force Base where Esper found employment as a waitress and met an airman from the base named William Cromwell.

Esper and Billy were soon living together, and this union produced a son Vincent in 1964. When Billy received orders reassigning him to Tinker AFB in Oklahoma City, they postponed their plans for marriage but was finally married in November 1966.

Immigration policies delayed Esper and Vincent from coming to the United States until February 1967, when they arrived in Providence, RI, Billy's hometown. Billy and Esper looking for better opportunities moved in September 1967 to Washington, DC, and later to various locations in Maryland. In February 1968, they welcomed their daughter Christine and later in March 1970, another daughter Narcisa.

Esper continued to educate herself becoming fluent in reading and writing the English language. She obtained a Key Punch operator certificate and worked for a data entry company for many years. Esper also became passionate about the direct sales business and became a distributor for Home Interior, Avon, Amway, Tupperware, Herbalife and a few more. She also had the passion of knitting and made hats and scarves for many family members. Because she loved children, Esper continued with her education and received a license as a childcare assistant. She would later become an assistant with her daughter Christine’s’ day care business. Throughout the years Esper always assisted in helping with her grandkids as she was a family first mom who nurtured and cherished her kids, grandkids and great grandkids.

In 1983, Esper and Billy divorced but maintained an amicable relationship.

Esper joined the church of Jehovah Witness in 2003 and was a devoted follower until her passing. She enjoyed sharing her information with family and friends and looked forward to the annual convention always inviting and even bringing family members to join her.

Esper enjoyed cooking and would prepare her native dishes, Fried Rice, Lumpia, Pancit, Bihon, and a family favorite, Adobo. These dishes were enjoyed at many family gatherings and passed down to her children and grandchildren. Esper also loved to dance to up-tempo music everywhere she went and was always the life of the party.

Esper is preceded in death by her Father Sabino Mabonga and Mother Cornelia Cabuenes and brother Henri Mabonga.

She also leaves behind nine grandchildren, thirteen great-grandchildren and a host of nieces, nephews and family friends.

To view the services via live stream please folllow this link:

Folowing the serivces the family invites everyone to a repast at :

To send flowers to the family or plant a tree in memory of Esperanza Cromwell, please visit Tribute Store
Friday
18
November

Share Your Memory of
Esperanza
Upload Your Memory View All Memories
Be the first to upload a memory!
Share A Memory
Send Flowers