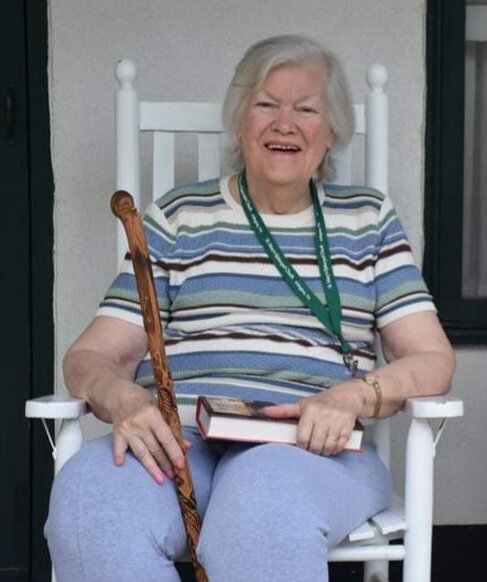 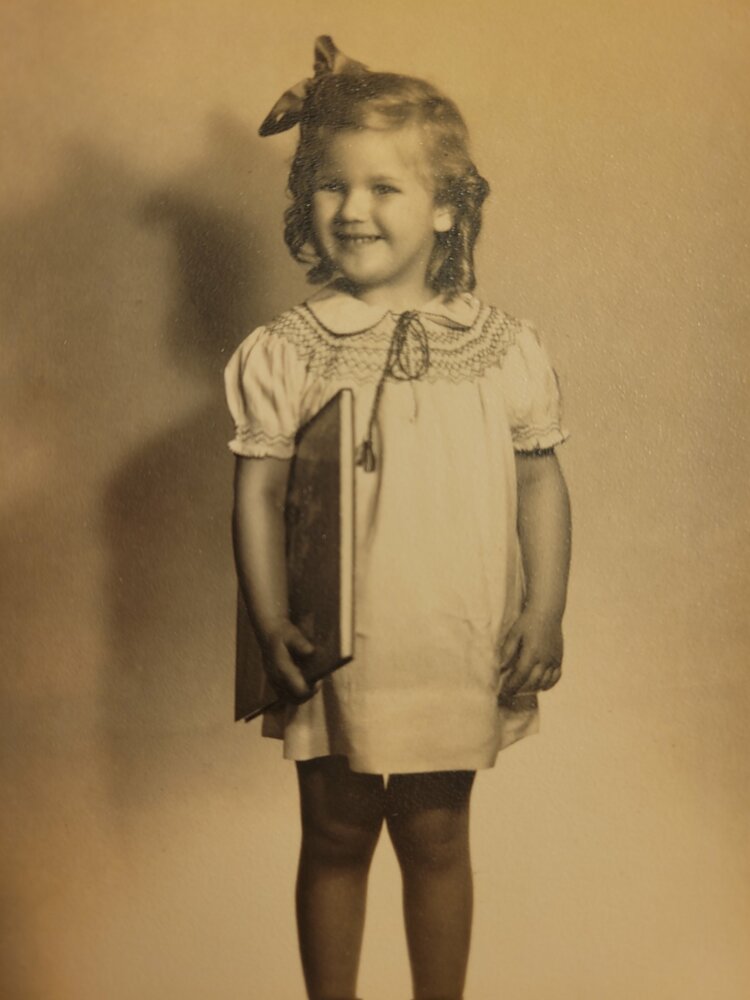 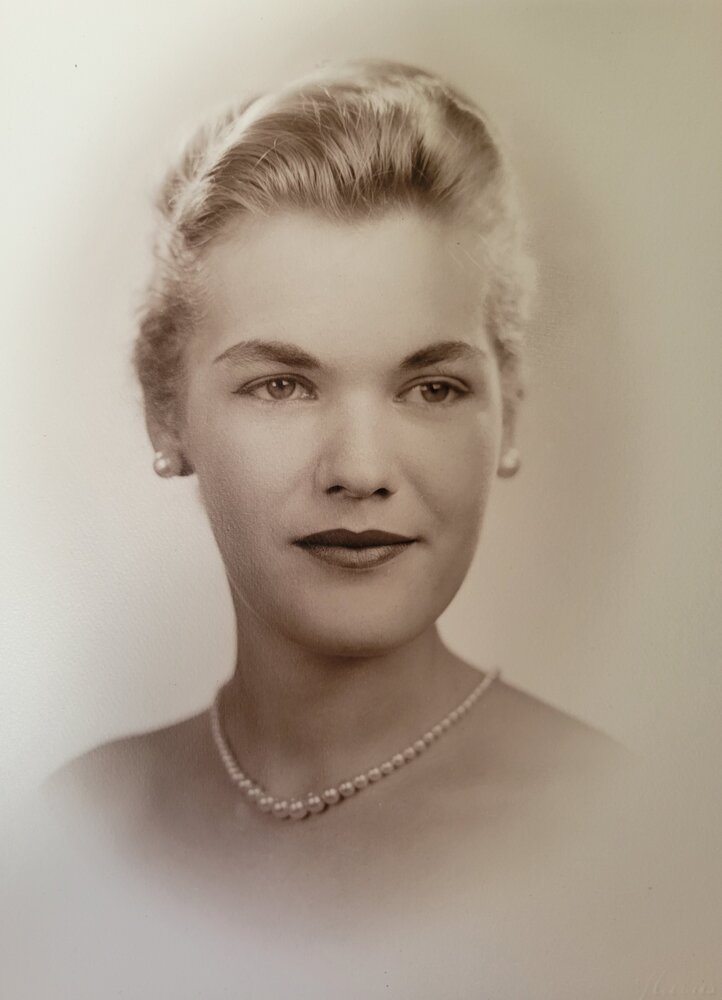 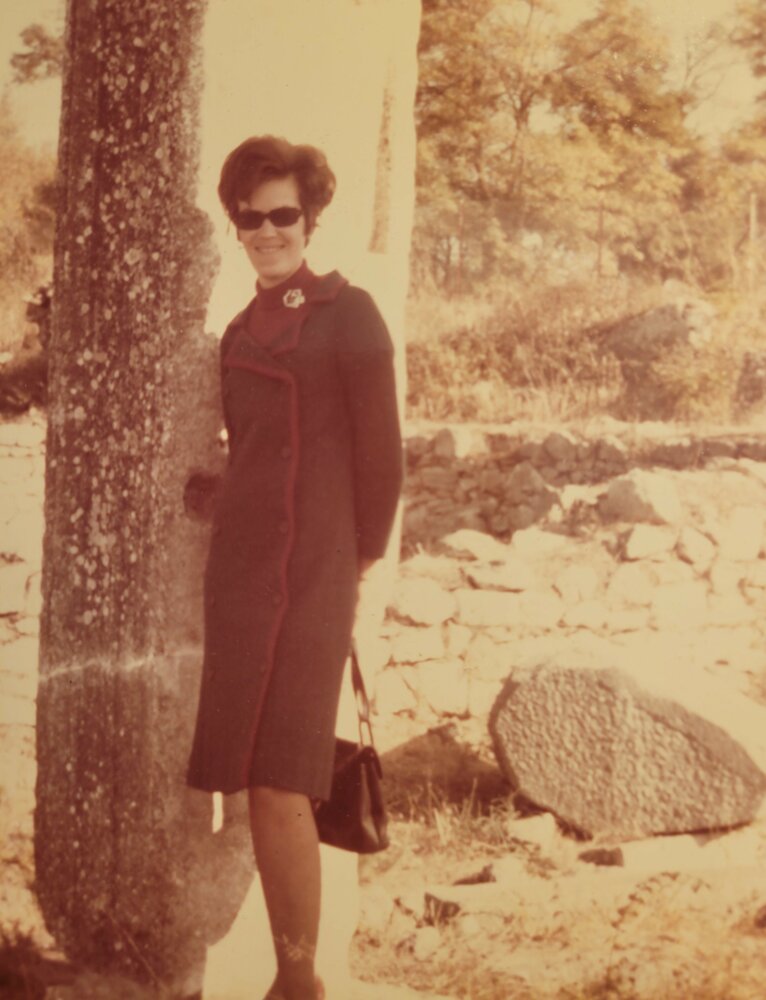 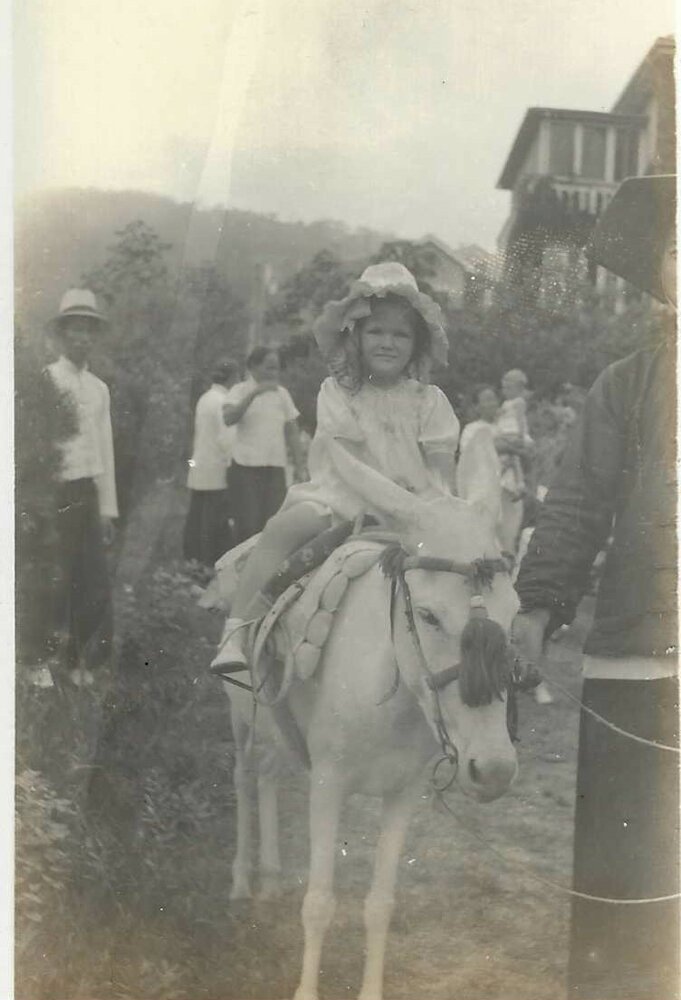 Family Matriarch; world traveler! Elspeth passed peacefully on October 2 nd at 86 years. She lived a very rich and fruitful life, always surrounded by family and friends, sharing her wit, wisdom, compassion, and adventure for all things in life.

Born to (RAdm) Rollo Niel Norgaard and Elizabeth Gordon Everett Norgaard in 1936 in Washington, D.C., the family soon moved to Shanghai, China with the Navy, and then evacuated a couple years later when the Japanese invaded China! After World War II, where Captain Norgaard served with great distinction as a destroyer Captain, first in the Atlantic, then the Pacific, they were assigned to Oslo, Norway. Captain Norgaard served there as the U.S. Defense Attaché for Western Europe where, due to her mother’s ill health, Elspeth was often his “Plus 1” traveling to various cities across Europe. Elspeth, who’s best friend was the Princess of Norway, also learned how to ski on the slopes of the 1952 Olympics. During one trip to Vienna, they were invited to see the first performance of the famous Lipizzaner Horses that had been returned after World War II.

Upon returning to the U.S, Elspeth attended Washington & Lee HS, Arlington, and Wilson High School, Washington DC. She then attended American University, where she was a member of the Beta Epsilon chapter of the Delta Gamma Sorority. Elspeth sang with various area choirs, and participated in local and regional folk dance groups. She was introduced to Scottish Country dancing, where she met her love of 65+ years, R. Robin De La Barre. They were always the hit of the show during folk dance festivals.

Soon after they were married and after initial government service, Robin joined the Foreign Service and was stationed in Naples, Italy. Traveling there by steamer ship, with two very young children in tow, their grace and charm made the senior steward insist on upgrading their small cabin (standard issue official government travel accommodations) to a larger available suite. They came to Italy with two children and left with four. They traveled the world, later stationed in Mexico, Greece, and Turkey, where Elspeth, the perennial diplomat’s wife, entertained dignitaries and diplomats from around the world. It was very important to her that her children had respect for all cultures, religions, and peoples. She shared her passion for the arts, from folk dancing, to singing, to acting in community theater, to cheering on her children in all their endeavors along the way. Elspeth was as at home entertaining dignitaries, as she was with family and friends. She was a fierce guardian of the family – nobody messed with her children!

After returning to stateside life, in Arlington, Virginia, Robin continued working in government service with the State Department. Robin and Elspeth rejoined the Royal Scottish Dance Society, and were members of the Scottish demonstration dance team. Elspeth worked at Calico Corners for over 35+ years, eventually becoming an interior design consultant, where she served clients great and small. The family was often affectionately referred to as the “Von De La Barre Family Singers,” as we covered all four parts of harmony in the choir. They found a home at St. Mary’s Episcopal church where Elspeth attended as a child. She was involved in many aspects of supporting the church including singing in the choir for 40 plus years. One of her favorite weekends was spent relaxing at Shrine Mont with her family, and church family. Elspeth and Robin always delighted others by singing Flanders and Swann songs at the Talent Show.

Through the years, Elspeth enjoyed returning to her father’s family homestead farm in South Dakota. She would share stories with her children of how the family came over from Denmark. In later years, she loved to return to the Norgaard Family Reunion in Del Rapids.

With deep-felt love, she instilled in her children a passion and joy for life, a love of the arts, the freedom to pursue their dreams, and the importance of a home open to all.

Share Your Memory of
Elizabeth
Upload Your Memory View All Memories
Be the first to upload a memory!
Share A Memory