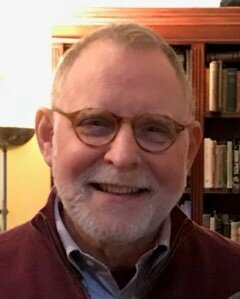 Arthur Steven ‘Steve’ Graff of Falls Church, VA passed away peacefully at home with family
on September 17, 2022 following an 8-year journey with prostate cancer. Steve was born in
Highland, IL on June 15, 1946 to William A. and Roberta (Partridge) Graff. He spent much of
his childhood in Willoughby, OH, graduating from South High School in 1964.

Steve completed a BA in 1968 at the College of Wooster, and an MA in 1972 at Case
Western Reserve University, each of these degrees in History. During this time he also
served with the United States Army. From 1971-1981, Steve held a number of administrative
roles at Wooster, including Director of Admissions Planning and Research. During this time,
he met and married his wife and partner Janet, started their family, and completed an Ed.D.
at Teachers College, Columbia University. The family moved to Evanston, IL in 1981 where
Steve began his 35-year tenure at The College Board, working as an educational consultant
with a focus on Higher Education enrollment management and geodemographics. The
family moved to Falls Church, VA in 2000.

Throughout his life, Steve was an active volunteer whose dedication to service included
roles in four Presbyterian congregations as Elder and Deacon, a stint as a NICU baby
holder, and as a swimming official while his son and daughter were youths. He also served
as a board member of the National Ghost Ranch Foundation and member of their inaugural
Governing Board, a term as chair of the National Capital Presbytery’s Commission on
Preparation for Ministry, and assisted others as an airport Travelers Aid volunteer following
his retirement. As a proud Wooster alumnus, Steve was an enthusiastic supporter of the
College which culminated in his service as president of their Alumni Board. He and Janet
were honored with Wooster’s John D. McKee Alumni Volunteer Award in 2018.

A lifelong passion for choral music led Steve to sing in choral groups from a young age, in
church choirs with Janet, and he even enjoyed remote participation during the COVID
pandemic. He was also an avid reader and sports fan, enjoyed theatre productions, liked to
cook and travel, and delighted in discussions with family and activities with his
grandchildren.

Steve is survived by his wife of 46 years Janet (Hall); son Geoffrey Hall Graff (Shalini Low-
Nam) of Lafayette, IN; daughter Hannah Marie Graff (Nicholas Berry) of London, UK;
granddaughters Emily and Phoebe; sister Trudy (Bruce) Bailey; uncle James (Sandy)
Partridge; an extended family of sisters- and brothers-in-law, nieces and nephews, greatnieces
and nephews, and many others who loved him. He was predeceased by his parents.

Guests are encouraged to wear colorful socks. In lieu of flowers, memorial contributions may be made
to the Office of Advancement, The College of Wooster (1189 Beall Ave., Wooster, OH 44691)
for the Graff Family Endowed Scholarship, or the charitable organization of your choice.

Share Your Memory of
Arthur
Upload Your Memory View All Memories
Be the first to upload a memory!
Share A Memory