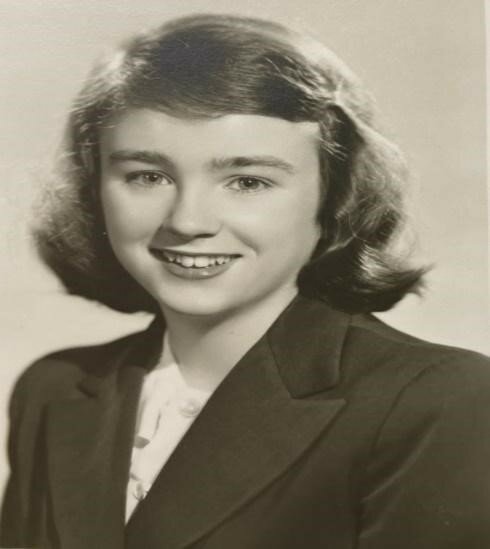 Beloved wife, mother, grandmother, sister, aunt, and friend passed away in June 2022. She was preceded in death by her husband, William Russell Caulfield, Jr. and her son Kevin Jude Caulfield in 2015.

Sheila was born in Massachusetts to Raphael and Florence McKeown.  She was the second of three daughters.  Her two sisters were Barbara (deceased) of Massachusetts and Paula (living) of Virginia.

Sheila grew up in a small town south of Boston where her father was a salesman for the National Automobile Parts Association (NAPA) and later Postmaster General of their town.  Her mother was a former elementary school teacher. As a young girl, Sheila took piano lessons in a nearby town every Saturday.  The highlight of her weekend was going to a picture show after piano lessons with a friend before catching a public bus back to her hometown.  After graduating from the local high school, Sheila enrolled at the University of New Hampshire where she was encouraged to follow her mother and aunt into teaching.   After a year at the University of New Hampshire, she decided to become a nurse, so she transferred to a three-year nursing program at Quincy City Hospital in Dorchester, Massachusetts. During her time there, Sheila developed close and dear friendships with classmates that lasted her lifetime.  It was while she was in high school that she met the man who would later become her husband.  On home leave from Greece in 1953 from a U.S. government assignment, William “Bill” Caulfield, Jr. proposed to Sheila and she traveled to Athens, Greece to marry him and he treated her to a month's honeymoon in Italy.  Returning from Greece with their first of six children, Bill’s career required a family move to the Washington, D.C. area.  In the years that followed and as their family grew, they experienced two overseas assignments, Iran and Greece for a second tour.  When Sheila’s youngest was in elementary school, Sheila returned to her career in nursing and worked for two physicians in the Arlington area for over ten years before retiring to spend the remaining years enjoying homes in Virginia and Massachusetts.  Bill and Sheila were happily married for 62 years.

Sheila was a devoted mother who never hesitated to share her thoughts and opinions with her children and grandchildren, always encouraging everyone to do their best.   An avid gardener at both of her homes, she enjoyed ordering new varieties of flowering plants for her gardens.  Working out of doors gave Sheila the perfect opportunity to cultivate relationships with her neighbors.  She always showed a keen interest in other people’s lives wherever she went.   She also enjoyed time to read books by her favorite authors and to keep abreast of the news through news reports and printed sources.  This included a persistent reminder to her family members to participate in the democratic process by always voting.    Her sense of fashion continued throughout her life and she enjoyed shopping for new clothes and shoes.     Sheila’s greatest pleasure was living day to day in the home that she and her husband bought over seventy years ago and enjoying the simple things of life.  Her Boston accent and her use of her children’s first and middle name combinations were uniquely hers and she is dearly missed.

Sheila leaves behind her five surviving children and thirteen grandchildren.  She will be buried with her beloved husband at Arlington National Cemetery on November 14, 2022.  Donations in her honor may be made to CapitalCaring.org or Planned Parenthood.

To send flowers to the family or plant a tree in memory of Sheila Caulfield, please visit Tribute Store

Share Your Memory of
Sheila
Upload Your Memory View All Memories
Be the first to upload a memory!
Share A Memory
Send Flowers