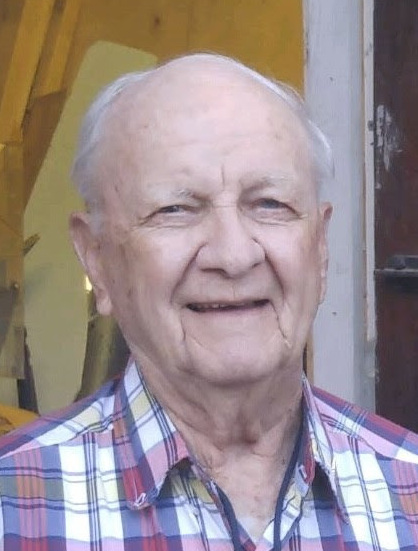 David Dowdell Johnson, Sr., 91, a loyal son of Baton Rouge, Louisiana, died at Ashby Ponds in Ashburn, Virginia on August 13, 2022, leaving his devoted wife of 69 years, the former Anne Eloise Kennard, and a multitude of loving children, grandchildren, great-grandchildren and friends who mourn the passing of a man who truly never met a stranger and who lived a life of devotion to his God, his church, his family and his friends.  The son of The Honorable Jess Johnson and Ada Dowdell, and the younger brother of Jess Johnson, Jr.,  David graduated from Baton Rouge High School, then attended Duke University on a full scholarship from the U.S. Navy.  After graduation in 1952 with the rank of Ensign, he went to the Navy Supply School, then served in the Pacific on the Navy aircraft carrier USS Boxer and the destroyer USS Brinkley Bass while the United States was at war in Korea.

Following separation from the Navy in 1955 David joined Ethyl Corporation in Baton Rouge where, in a career that lasted 38 years, he specialized in the emerging field of computer security, devoting his extracurricular life first to his church and family – including teaching 5th grade Sunday school for 24 years and taking numerous mission trips, both domestic and international – and to work in service to others.  He was an Eagle Scout and actively supported the Boy Scouts of America for 70 years.  A man of constant action and engagement with others, he loved traveling, genealogy, photography, sports (especially the LSU Tigers), tennis, fishing, the outdoors and, to the distress of his wife and some close relatives, spicy food – the hotter the better.  During a two year assignment for Ethyl in New York City from 1962-1964, the family lived in Connecticut and traveled the Northeast until the children protested “no more leaves, please.”  While in New England, he tolerated the cold and snow with grace, but was never happier than in the heat of south Louisiana.  After retirement from Ethyl, David and Anne took 25 Elderhostel trips, including several to Great Britain and to all corners of the US.

David is survived by Anne; sons David Jr. (Patti)  and William (Carter Echols) Johnson; daughter Jessica Davis (Steve); grandchildren Denae Albin (Scott), Katrice Smith (Kanen), Sara and Anna Johnson, and Hannah and Andrew Davis; and great-grandchildren Joshua, Kara and Hudson Albin.   Anne and all of David’s family are grateful to the many caregivers of Moon River Care and the Maple Grove nursing facility at Ashby Ponds for helping to make David’s last years better.  But more than anything, they are thankful for the love of God that has guided them each step of the way.  A service of celebration will be held on Saturday, September 17, 2022 at 1 p.m. at Memorial Baptist Church, Arlington, VA.  The service can be streamed at https://memorialbaptistchurch.org. In lieu of flowers, donations may be sent in David’s memory to Memorial Baptist Church Foundation (https://memorialbaptistchurch.org/foundation/) or the Ashby Ponds Scholarship Fund (checks can be mailed to Philanthropy, Ashby Ponds. 21170 Ashby Ponds Blvd. Ashburn VA 20147).