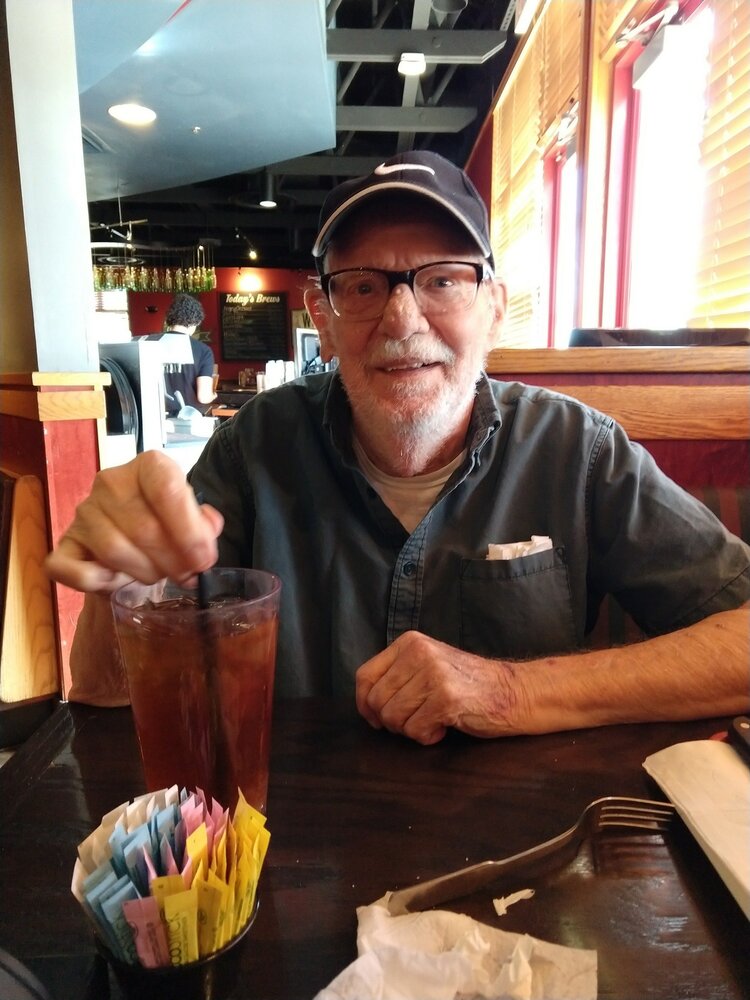 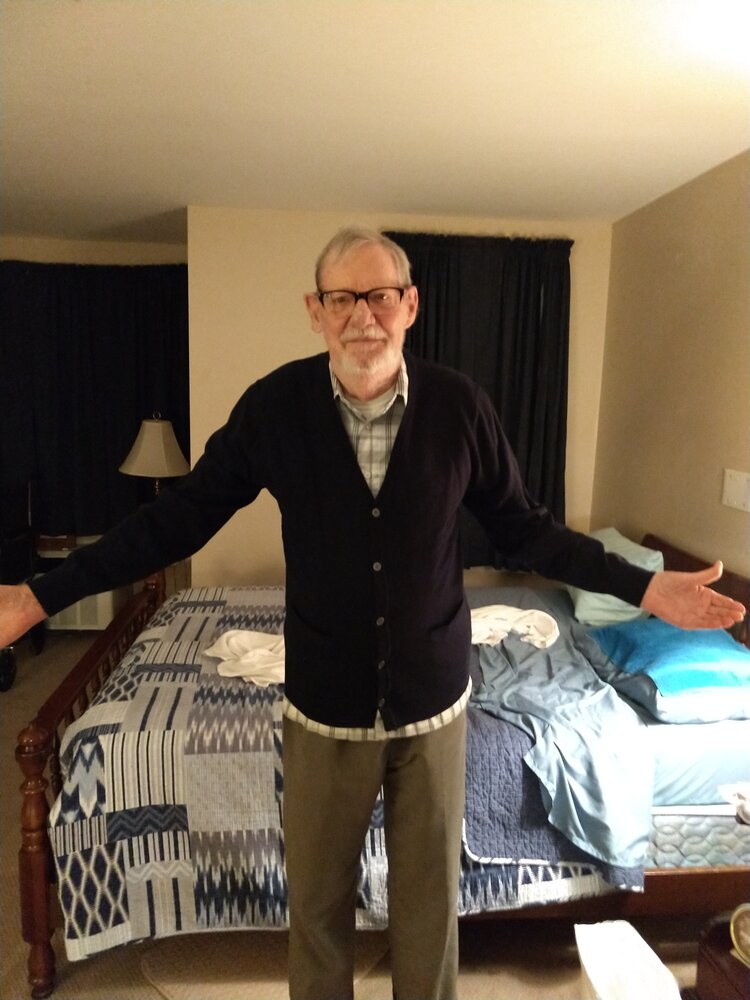 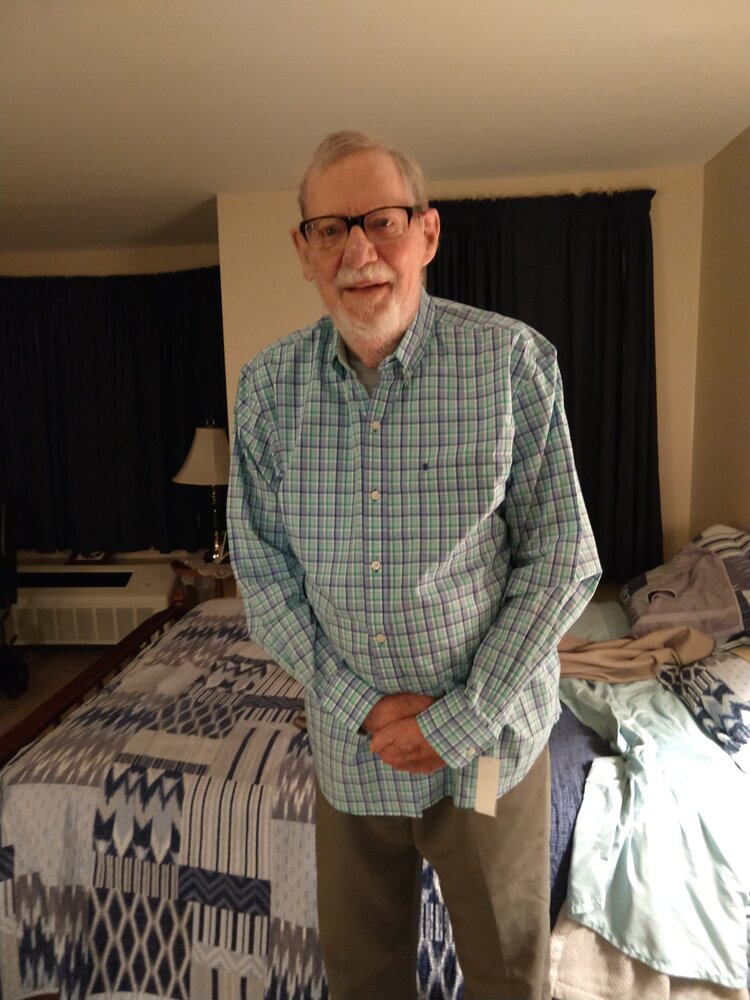 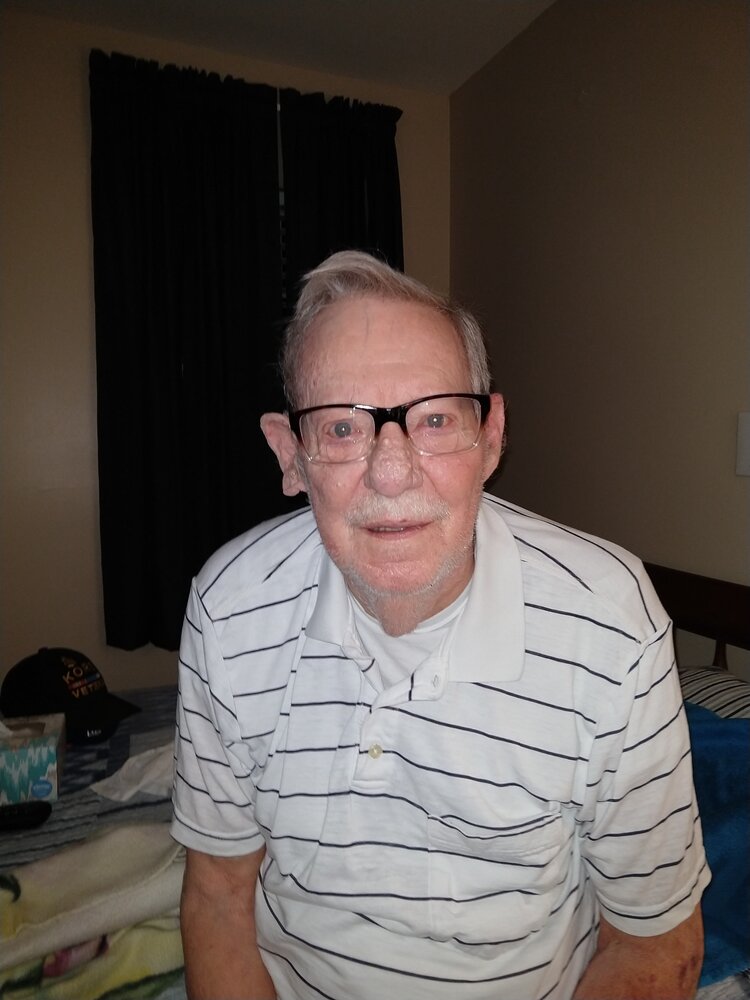 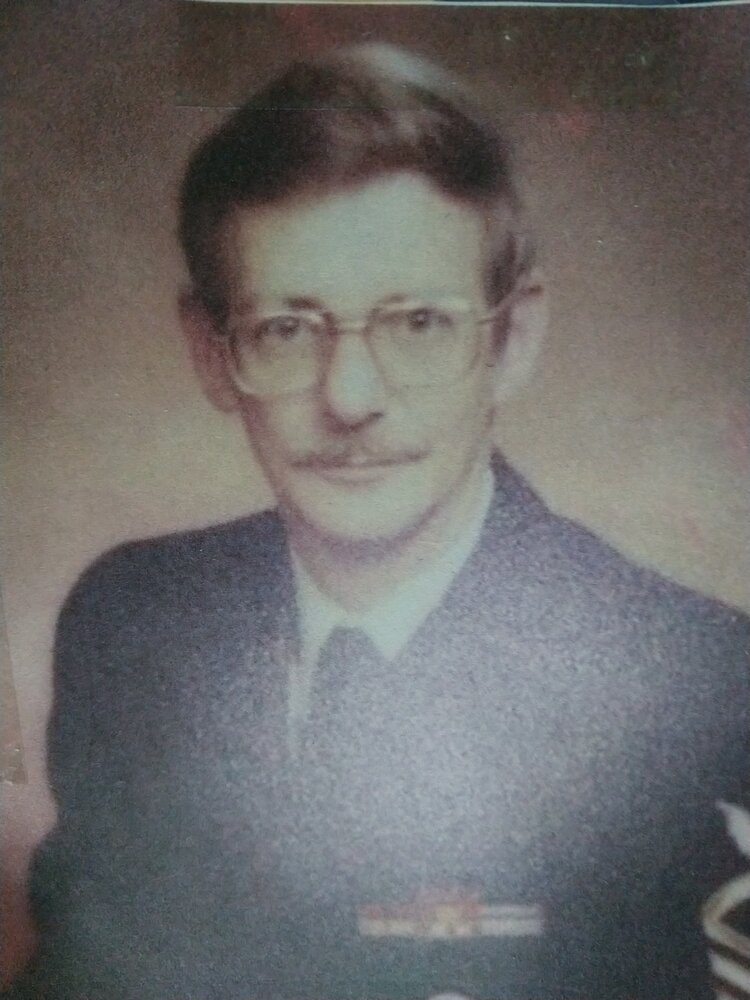 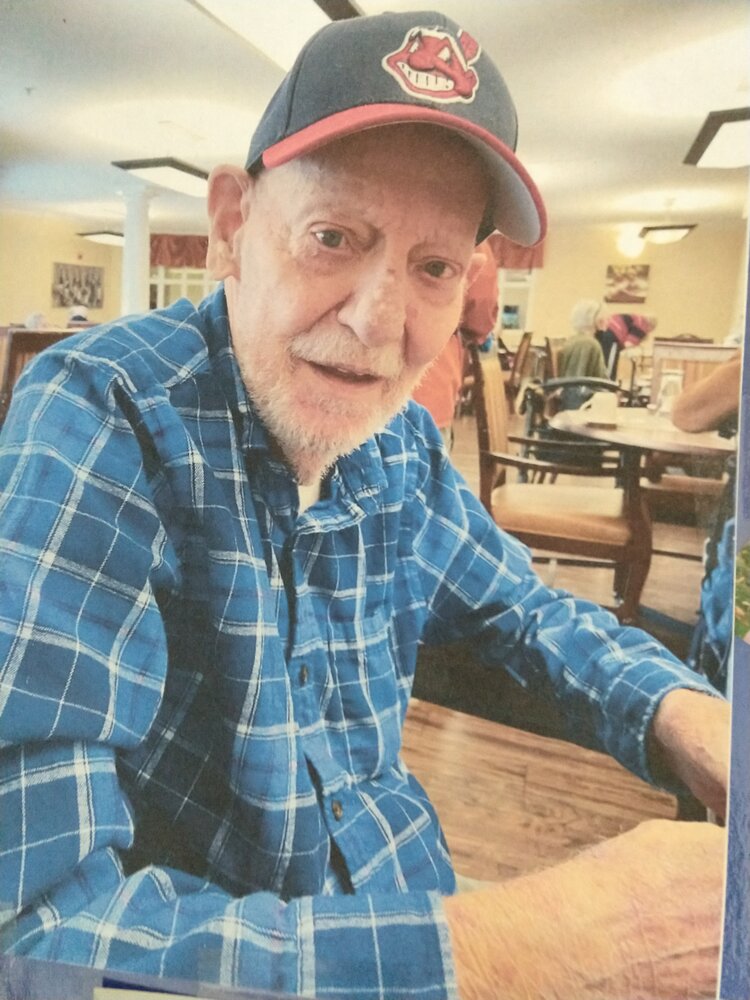 Malcolm “Mac” Richard Stark passed away peacefully with his three children by his side on January 26, 2022, five weeks before his 90th birthday.

Mac was born in Cleveland, Ohio to Louis and Caroline Stark.  He is preceded in death by his parents, his siblings James, John, Bernard, and Eileen, and his wife, Bernice.

Mac joined the Navy out of high school and served as a yeoman on the U.S.S. New Jersey during the Korean War.  After the war he worked in the civilian world in various clerical positions such as sales, admin assistant, and bookkeeper. He also worked in the Naval Reserve as a yeoman.  He officially retired from the Navy/Naval Reserve in 1993 and finished his working career as a bookkeeper with Foxes Music in Falls Church, Virginia.  He lived his remaining years so happy at Pacifica Senior Living, where he thrived.

Mac never met a stranger; he was a friend to all.  He never met someone who didn’t like him. He was an expert BS-er, the life of the party, the jokester, the charmer, the flirt.  He loved music and dancing.  He loved a good meal, and he loved his little “snik-snacks”, like Snickers, Baby Ruth, and Pay Day.  He loved his life and lived it to the fullest with his limited abilities due to his failing health.

A memorial service/funeral will be held for Mac on Saturday, April 30 at 11:00 a.m. at Resurrection Evangelical Lutheran Church, 6201 N. Washington Blvd., Arlington, Virginia 22205.  There will be a light reception after the service.  If you cannot attend in person but would like to participate, a link for live streaming will be available the day before the service.  Just let Cathy, Rick, or Patti know if you need the link.

In lieu of flowers, Mac’s wishes were that you donate to your favorite charity/organization in his memory.

Rest in peace, Mac.  You will be missed.

To send flowers to the family or plant a tree in memory of Malcolm Stark, please visit Tribute Store
Saturday
30
April

Share Your Memory of
Malcolm
Upload Your Memory View All Memories
Be the first to upload a memory!
Share A Memory
Send Flowers