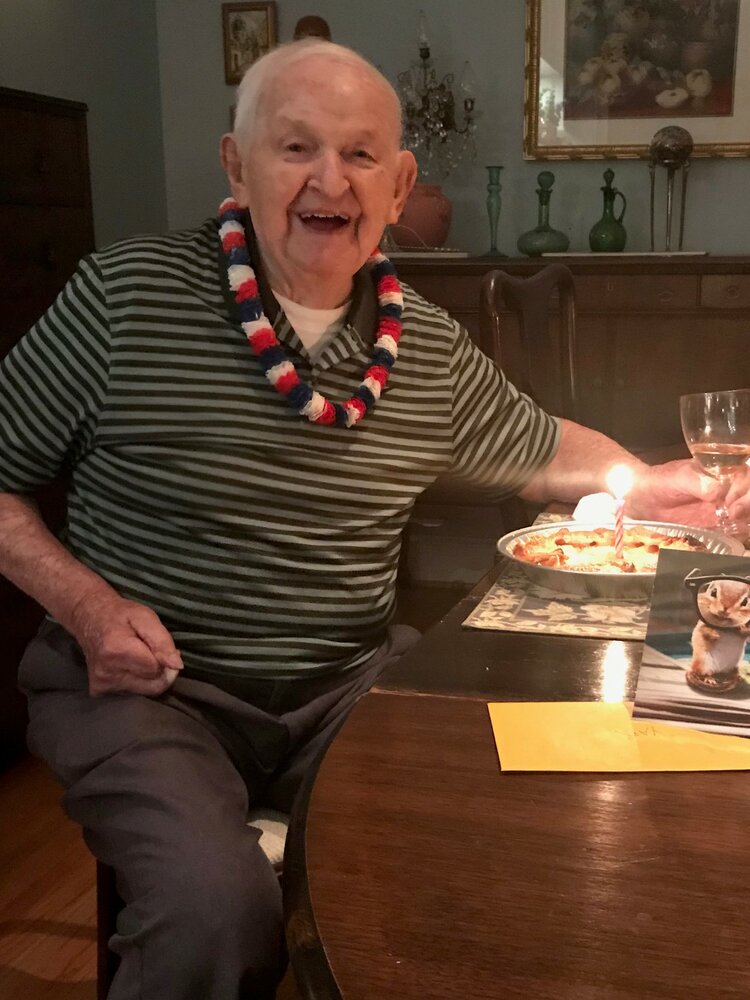 Raymond T. Soroko, 98, passed away peacefully on Wednesday, March 9, 2022 at his Arlington, Virginia residence.  He was part of the Greatest Generation; selfless, loyal, with a love of his fellow man and country. Born and raised in Eastern Pennsylvania, Ray married his sweetheart, Betty, and eventually settled in the Washington D.C. area. A proud Veteran, Ray served as a Corpsman in the US Navy during World War II. After his honorable discharge, he was employed at Western Electric, the manufacturing arm of the Bell System, now known as Verizon. He started as an hourly shop worker repairing telephones and eventually worked his way up to Section Chief in the Personnel Department, specializing in the Safety Operations of the Service Center.

Always up for new adventures, Ray and Betty owned and operated the Springfield Bratwursthaus German restaurant.  He enjoyed fishing on his boat, the “Betty Ray.” He and Betty were season ticket holders and lifelong fans of The Commanders (Redskins), never missing a game regardless of the weather.  Over the years, they acquired an impressive collection of memorabilia. In addition to being a football fanatic, Ray was President of the Arlington Seniors Association and started his own Seniors golfing group, coordinating tee times and courses.

Living in his home for more than 60 years, Ray was the “glue” of the neighborhood. Betty and Ray would always greet a new neighbor and tell them that the best part of living on the street was their neighbors.  The new neighbors had no idea how lucky they were until they saw firsthand that Ray was a giving and generous neighbor. He had a cupboard with dozens of keys.  He helped with everything – from fixing a clogged drain to painting a room or giving a ride to doctor’s appointments. He would watch their house while they were away.

Whether you knew him for a few minutes or for decades, he had the same effect on everyone. He was loved for his kind and generous heart; friends, family, and all who met him fell under his “spell.” Although Ray and Betty never had children, they had an extended family of relatives and close friends. In his later years, people would approach Ray and ask what his secret was to longevity. He’d say, “I never let anything bother me!” His positive attitude served him throughout his life.  Ray will be greatly missed by all.

In lieu of flowers Donations may be made to a Veterans Organization of your choice.

To view the service go https://client.tribucast.com/tcid/9524052282 This will be available live and remain viewable indefinitely

Share Your Memory of
Ray
Upload Your Memory View All Memories
Be the first to upload a memory!
Share A Memory