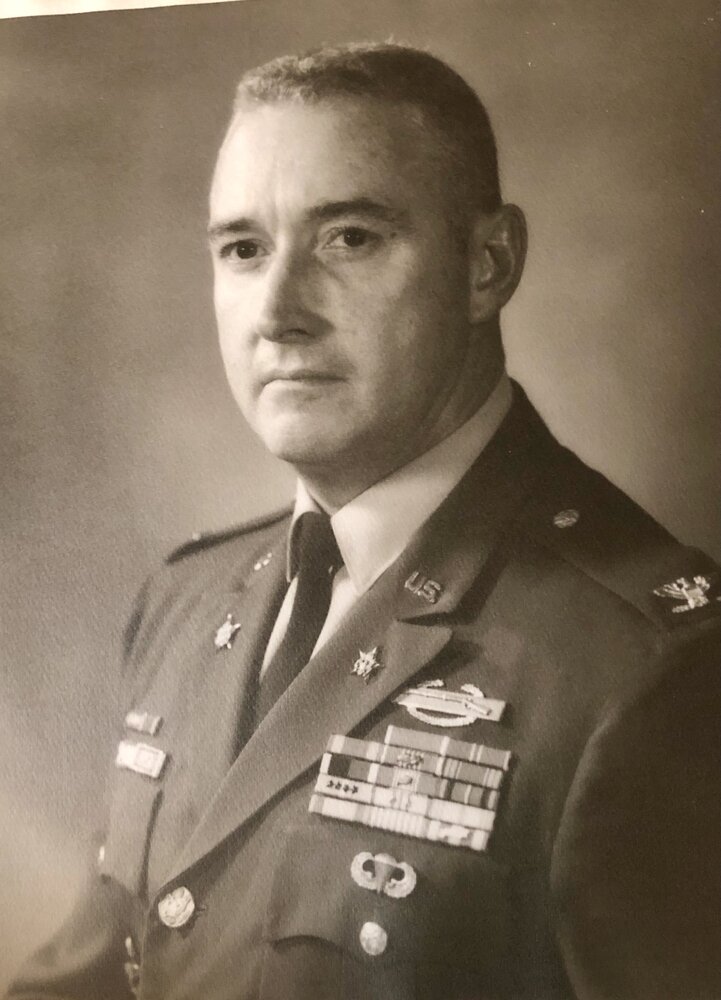 Born on Long Island, New York, he joined the Army at the tender age of 17 requiring parental consent.   When his mother refused to sign the age waiver, he convinced his older sister to sign his mother’s name, thereby launching his 33-year Army career.

He began his Army life in basic training in 1945 as WWII was coming to an end. He then served in both the Korean war and Vietnam war.

In 1946 he was commissioned to the rank of 2nd Lieutenant in the Army Signal Corps.

From 1946-1950 he served in the Army of Occupation, Yokohama/Tokyo Japan where he met Gladys Saleeby. In 1949 Gladys had been working as a missionary for the Episcopal Church in Shanghai, China. She was evacuated to Tokyo, Japan after the Chinese communist takeover. Although they lived two blocks away from each other in Brooklyn, NY, and went to the same high school, they never spoke other than the casual hello. It was a random encounter at an American cafeteria in Tokyo Japan that began their romance and subsequent 70-year marriage.

1952-1953 he served as the Regimental POW interrogator, 25th infantry division in Korea.

During his 33-year career in the Army he received numerous medals, decorations, citations, and commendations. Most notable are the Bronze star, World War II Victory Medal, The Legion of Merit, Air Medal, Combat Infantryman Badge, Korean Service Medal, Vietnam Service Medal and many others.  In addition to his military decorations he was fluent in the Korean and Turkish language.

His military career was followed by 12 years as a regional Security Manager for Mobil Oil.

His work at Mobil included time living in London where he traveled extensively to oversee security for Mobil Oil in Africa, Turkey, and the North Sea.

He and Gladys returned to the States where they lived in Dallas, TX for 6 years. When Mobil Oil moved their headquarters to Fairfax, VA they returned to their Arlington home until he retired from Mobil.

Post retirement Fred always had a desire for service. At the end of the Balkan Wars, he volunteered as an international election observer for several of the newly formed countries once part of the Republic of Yugoslavia.

He remained active for many years and played tennis into his 80’s.

Although the Army was his life, he was most proud of his immediate family. He and Gladys had four children that they raised on various Army posts, and overseas assignments throughout his career.

A funeral service will be held Saturday February 26, 11 AM, at St. Mary’s Episcopal Church,

A service with full military honors at Arlington National Cemetery will be held at a future date.

In Lieu of flowers donations may be made to the Fisher House Foundation and the Army Emergency Relief.

To send flowers to the family or plant a tree in memory of Frederick Barrett, please visit Tribute Store
Saturday
26
February

Share Your Memory of
Frederick
Upload Your Memory View All Memories
Be the first to upload a memory!
Share A Memory
Send Flowers