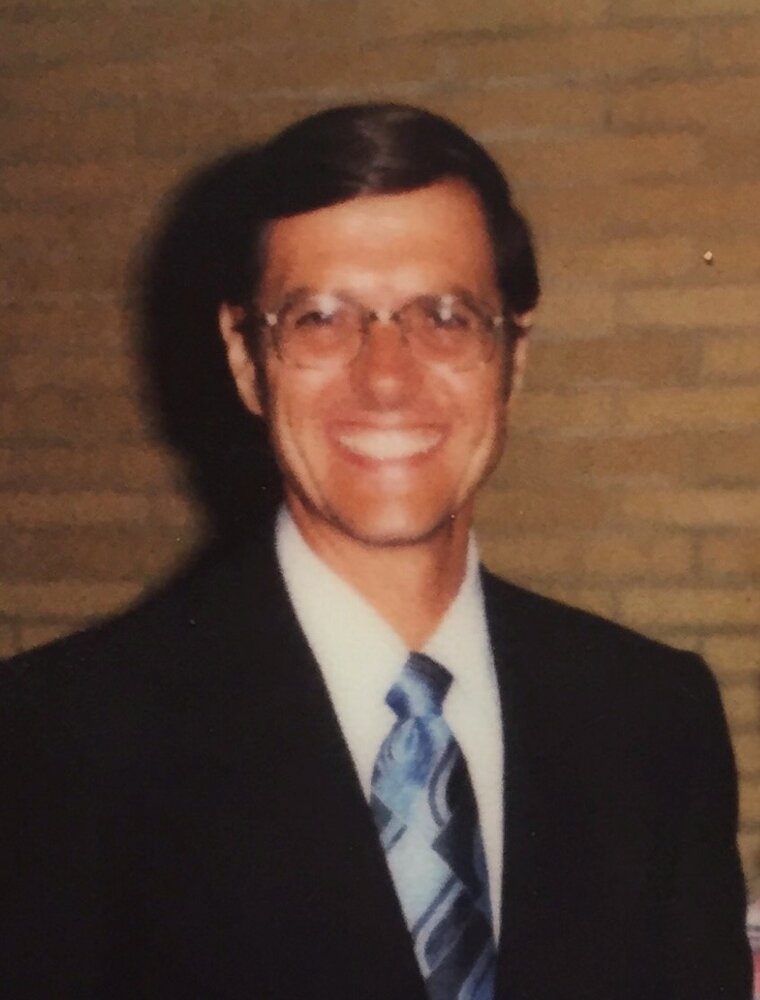 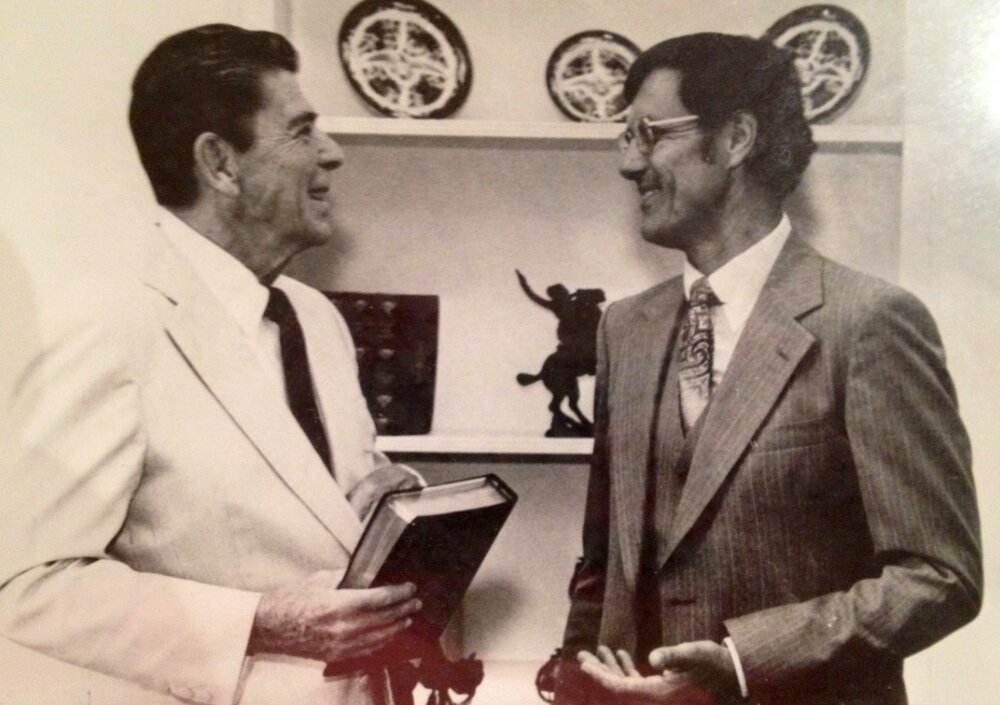 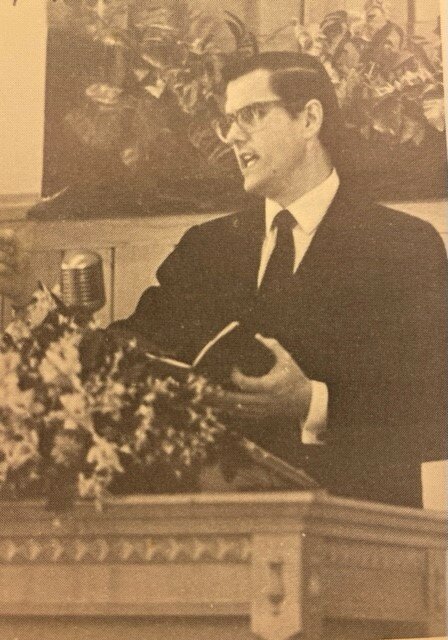 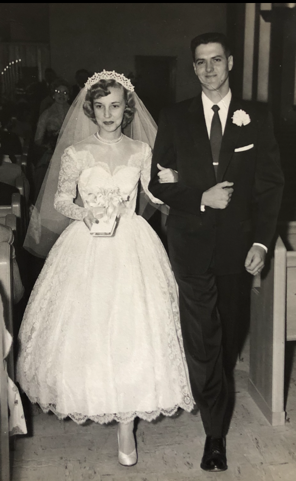 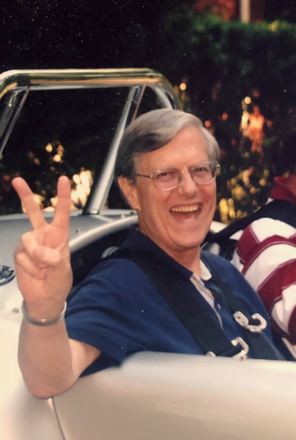 Michael David Anglin was born on November 11, 1932.  After living 89 inspirational years, he peacefully went to see Jesus face to face on December 19, 2021. Mike had preached the gospel for over 65 years, so it was fitting the Lord took him “home” on a Sunday. He was born in Dallas TX . At the age of 12, his family moved to Arlington, Va. He met Ruth Ellen (Ruthie) at the age of 16 while attending  W-L high school.  After graduation, he attended the University of Virginia as a pre-med student. He joined Sigma-Chi fraternity and captained several sports including  basketball, softball and even dodgeball. During his Junior year, he was drafted into the Army and served 2 years in the Korean War. After his service, he returned to Arlington to marry his high school sweetheart, Ruthie in 1955.  His first job was with the FBI. During his time there, he realized  he wanted to become a minister, so they moved to Nashville so Mike could attend David Lipscomb College.  There, he excelled in academics and even consulted CS Lewis on his dissertation. He went on to win the greek Medal of Honor and began his preaching career in Tiptonville,TN.  Mike quickly became well known all over the country and was asked to lead many gospel meetings. He served congregations in Rockville, Md. (’64-’69), Arlington, Va. (’69-’81), Clarksville, Tn. (’81-’86), King of Prussia, Pa. (’86-’04)  and Silver Spring, Md. (’04-’08) where Mike would eventually retire.  He become an elder of the church and worked  just as hard serving others and as he would say “growing the kingdom for the Lord”. While living in the DC area, Mike started a mens prayer breakfast on Capitol Hill. He became well known by many Senators and Congressmen and was privileged to be able to present Bibles to several U.S. Presidents, including Gerald Ford, Jimmy Carter and Ronald Reagan. Through the years, in addition to receiving a degree from David Lipscomb, Mike acquired degrees from Harding University and Austin Peay State University. He also served on several college and university boards from Pepperdine in Malibu Ca, Lipscomb in Nashville, and NCJC in Pa, where he also taught classes. Mike was always involved in church camps and missions trips throughout his life. And if you couldn’t find him, he was probably down at the local soup kitchen, serving up food to the poor. Mike felt it was very important to be involved in serving the community outside the church, so he was a member of several local oganizations like Civitan and he always served on his neighborhood HOA board. If you knew Mike, you knew he was a HUGE Redskin fan (currently known as the Washington Football team). He was even teased for cutting his sermons short on Sundays to get home in time for the game. He is survived by his lovely wife of  66 years, Ruth Anglin, his three children, Laura Kibler (Gary) of Sterling, Va., David Anglin (Lori) of Arlington, Va., and Melissa Grimes (Greg) of Duluth, Ga. He is also survived by 6 grandchildren, Grant, Christine, Lindsey, Conner, Dalton and Kristen. He also has 3 great grandchildren. Mike was known for his love of sharing Jesus, his constant joy and sunny disposition, and his ability to strike up a conversation with anyone. He didn’t know a stranger. He considered himself the hands and feet of Jesus. All are invited to a graveside service on Tuesday, December 28, 3pm, at Columbia Gardens Cemetery, 3411 Arlington Blvd. Arlington, VA with military honors.  Due to COVID, a memorial service will be held in the Spring. In lieu of flowers, please consider a tribute or memorial gift in honor of Michael Anglin to the Alzheimers association at act.alz.org. Click here for a memorial tribute to Michael.

To send flowers to the family or plant a tree in memory of Michael Anglin, please visit Tribute Store
Tuesday
28
December

Share Your Memory of
Michael
Upload Your Memory View All Memories
Be the first to upload a memory!
Share A Memory
Send Flowers