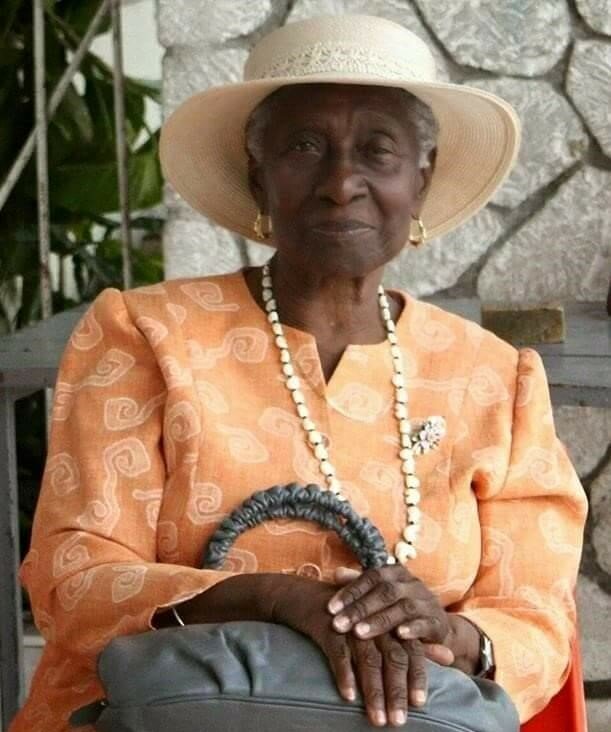 Obituary of Ruby May Griffiths

Ruby May Priscilla Gordon born to Lawford Percival and Catherine Marion Carr Gordon on March 25, 1922 at a Lying-in House in Kingston, Jamaica. While Ruby May was the only child for her parents, she grew up happily among several other children in her community of the Old Hope Road area in Kingston. She was a proud and distinguished scholar of the Providence Elementary school, from which she earned a scholarship in 1933 to St. Simon’s College, a school created to use teaching methods that for the time were modern educational thought and scientific investigation. She was set for success as the goal of the school was to prepare pupils for the Cambridge examination and to be productive citizens.

Ruby May embarked on her lifelong career as a pharmacist and gained her qualifications and license in April 1944. She quickly became a trailblazer in her profession and one of the founding pharmacists of the University College Hospital of the West Indies Pharmacy in 1952.  Her dedication to her field of work led her to serving the community with distinction and compassion for over four decades.

She was also an excellent mother and caregiver to her four children and later her grandchildren. They could depend on her for unconditional support and love. This love and care Aunt Ruby or Miss Ruby gave freely to children and families in the community. Her deep sense of service and concern for people around her drove her to become a teacher in the Jamaica Advancement of Literacy (JAMAL) adult program. Through this program she saw the direct results of investing one's time and talent in others.

Ruby May had her early beginnings in church. She was a lifelong member of Providence Methodist Church in Kingston, where she maintained her membership for over seventy years. Ruby May served God and her church community through leadership roles in the Women’s League, as a Class Leader, and in her youth in the Music Ministry.

Ruby May had her own playbook for daily living. One aspect of that required her weekly fabric shopping routine to fuel her inner fashionista, and many hours spent in the fabric stores, for many years that was in shops in Downtown, Kingston. Another highlight of her playbook was her disciplined approach to all aspects of her life, this we saw on a daily basis from the meals she prepared to the fact that she always wore the color green on a Friday.

Amidst her busy life Ruby May found the time to be an avid reader, gardener, baker and traveler, all of which she did with passion and dedication.

To send flowers to the family or plant a tree in memory of Ruby Griffiths, please visit Tribute Store
Sunday
5
December

Share Your Memory of
Ruby
Upload Your Memory View All Memories
Be the first to upload a memory!
Share A Memory
Send Flowers