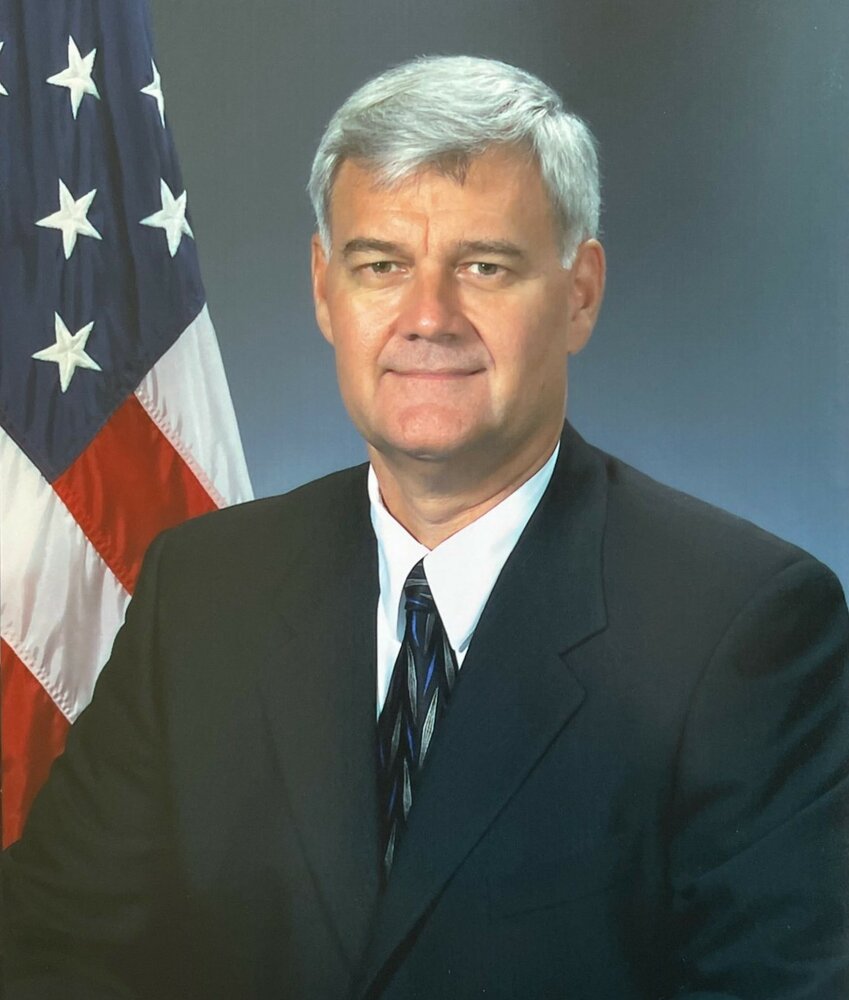 Capt. Victor (Vic) H. Ackley, USN (Ret), age 73, passed away on September 14th, 2021. He was born March 6, 1948 in Syracuse, NY. Vic commissioned in the US Navy in June 1970 after completing the Naval ROTC program at the University of Oklahoma. Vic initially served as First Lieutenant aboard USS Chicago (CG-11) and following completion of Destroyer School was assigned as Engineer Officer aboard USS Carpenter (DD-825). In April 1976, he was assigned as Destroyer Squadron Thirty-Seven Material Officer. He then served as Officer-in-Charge of Plainview (AGEH-1), a hydrofoil in the Navy’s Research and Development program. He directed the Gas Turbine Engineering Department at Surface Warfare Officers School Command. In June 1982 he earned a post graduate degree in Financial Management from the U.S. Naval Postgraduate School. Following a tour as Executive Officer of USS San Jose (AFS-7) he again instructed engineering, this time at Senior Officer School Material Readiness Course (SOSMRC). In December 1986 he was assigned to the Office of the CNO where he served as the Operations & Maintenance Appropriation Program Manager for the ACNO (Surface Warfare). He commanded USS Clark (FFG-11) from March 1989 to April 1991. Vic then served as Head of the Gas Turbine Branch of CINCLANTFLT Propulsion Examining Board (PEB) until July 1993 when he became the Comptroller of Puget Sound Naval Shipyard in Bremerton, Washington. His last active duty assignment was as the Comptroller of Naval Sea Systems Command in Arlington, Virginia. After thirty years of honorable service, Vic retired from active duty naval service as a Captain in June 2000.

Vic was then appointed to the Senior Executive Service in August 2000 after completing the Massachusetts Institute of Technology Senior Executive Program, and served as the Director, Field Support Activity. He was the principal advisor to the Vice Chief of Naval Operations in the management of resources for CNO echelon II commands. He was a member of the Association of Government Accountants and president and webmaster of the Washington Chapter of the American Society of Military Comptrollers. He then served as Comptroller, Office of Naval Research in September of 2011. He retired in 2015 after 45 years of naval and civil service. He loved to play racquetball with the “Dawg Pound” at Joint Base Anacostia-Bolling, and spend the remainder of his weekends watching Sooner football and improving his beloved Nissan 350Z.

Share Your Memory of
Vic
Upload Your Memory View All Memories
Be the first to upload a memory!
Share A Memory