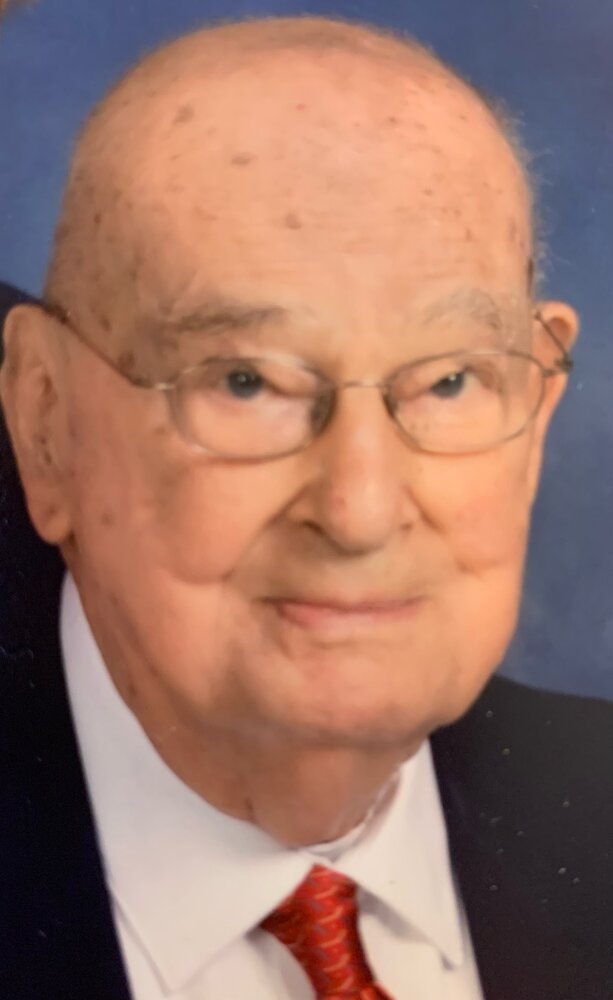 John Winston McDonnell of Fairfax, Virginia passed away peacefully on August 23, 2021, surrounded by his sons and his wife of 57 years.

In 1931 John’s family moved to Shanghai, China.  While living in Shanghai, John traveled extensively, both within China as well as to Canada and the United States.  In June 1941 the family moved to Spokane, Washington.  After John’s father rejoined the US Army in 1942, the family moved to Washington, DC, where John’s father was stationed.  John attended high school at Deerfield Academy in Massachusetts and graduated in 1946.  During summers John worked at the Prescott Ranch, a 25,000-acre ranch in Chester, Montana.

In 1946 John and his brother Pat both enrolled at Stanford University, and John graduated in 1951.  He then lived in San Francisco and worked for Crown Zellerbach until 1957, when he moved to Washington, DC.  In 1958 John worked at Woodward & Lothrop, where he met many of his current friends as well as his future wife, Patricia Ann Wells.  John subsequently worked for the American Booksellers Association and Penguin Books (later Viking Penguin) and Olsson’s Books and Records.

John and Patricia (Pat) were married on September 7, 1963 at the Falls Church Episcopal, and honeymooned in Bermuda.  John and Pat had three sons—Joseph Patrick, Richard Wells and John Mulford.  After their wedding, John and Pat lived in Alexandria, Virginia.  They moved to Falls Church, Virginia in 1965 and then to their current home in 1970.

John and Pat were members of the Falls Church Episcopal, later the Falls Church Anglican.  John served in many roles at the church, including Chief Usher, Lay Eucharistic Minister, Lay Reader and member of the Vestry.  John also served as an official for the Northern Virginia Swimming League for many summers, was a soccer coach for the Fairfax Police Youth Club, and volunteered with the local Boy Scouts.

John relished time in Sag Harbor, New York, where the family spent their summer vacations and later, he and Pat spent many Summer and Fall months.  John enjoyed get togethers with the “bridge group”, even when they played cards.  In addition to family and friends, John had a passion for books.  He read books of all genres, but he particularly liked military history.  He rooted for the Arsenal Gunners, New York Yankees and his beloved Stanford Cardinal.

John is survived by his wife of 57 years, Pat, his three sons, Joseph, Richard and John, his two daughters-in-law, Julia (Hawthorne) and Sara (Scarlett), and his four grandchildren, Grace, Maddie, Jackson and Emma.

John will be greatly missed.  May he rest in peace.

In lieu of flowers, please consider a donation to the Anglican Relief and Development Fund (website:

Share Your Memory of
John
Upload Your Memory View All Memories
Be the first to upload a memory!
Share A Memory