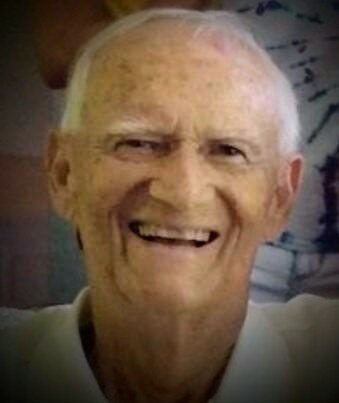 Michael Stephen Hurley, Sr. a.k.a Mike, Dad, Grandpa and D-Man, was born in Washington, D.C. on October 13, 1940, to Robert Emmett and Agnes (Mattingly) Hurley.  Joining his brothers Robert and John, Mike completed their trio of spirited sons.  Apart from two years in St. Louis, MO, Mike resided in Arlington, Virginia his entire life.  He graduated from Gonzaga College High School (1958), Holy Cross College (1962) and Georgetown Dental School (1966).  In 1965 Mary Ellen Constantine sashayed onto the scene where she remained the love of his life for 54 years proving college mixers should never be underestimated.  After serving briefly as a dentist in the United States Air Force and enjoying a short stint teaching at Georgetown Dental School, Mike decided two degrees were insufficient, and he entered George Washington Medical School.  He graduated in 1974 just a few weeks after the birth of his fourth child and began his career at the Alexandria Health Department.  Mike worked at the health department for 42 years, initially in the dental clinic but added a medical clinic several years later. When the dental clinic closed in 2013, Mike filled in at various dental offices in the area always delighted to see how different practices operated and to meet new people.

People were his thing.  Whether it was family, friends, co-workers, patients or complete strangers, Mike cherished connecting with people not just in the moment but throughout the years.  He was always delighted to run into an old acquaintance or have someone come up and say hello who remembered sharing a moment with him long ago.  His eyes sparkled, and his infectious smile spread over his face, genuinely touched by the kindness of someone saying hi.  Little things made all the difference to Mike.  Not just the joy he found in relationships, but so many simple things: a good joke, a personal note, an ice-cold Pepsi with crabs, a well-tuned piano, Sunday breakfast, strawberry daquiris, car trips with Mary, white-wall tires, a spotless windshield, and the beauty of a clean, sleek design whether in a home or on an automobile.

Quality was key, but for Mike quality meant class.  Regarding things, class meant a sense of functionality and design. Regarding people, class equated to kindness.  His father had advised him that when he wanted to marry, he should look for someone who was kind not just to him but to everyone.  Mike obviously followed this advice in finding his beautiful bride, and it became a type of litmus test for everyone he met.

Throughout his life and especially in these last years, Mike often reflected on the blessings he had received and spoke of what a privilege it was to have served so many wonderful people in the clinics.  People for whom life didn’t hold many blessings and yet inspired him tremendously with their courage in such adversity.  As a devout Catholic, he was passionate about the truth of Christ’s love for each of us, and he understood that Christ’s love imparts dignity to every person.  He wanted more than anything to share that truth with others.  He wanted them to know they were not only lovable, but they were loved.

St. Teresa of Avila reminds us, “What a great favor God does to those he places in the company of good people.”  Mike, you understood and always appreciated this.  Thank you for being a living example of that.  God has truly favored all of us and your good company will be greatly missed.  But we trust that we will share a laugh with you again.  Until then, rest in peace.  We love you.

If you'd like to make a charitable donation in Michael Hurley's name, please visit:

Thank you for your generosity.

To send flowers to the family or plant a tree in memory of Michael Hurley, please visit Tribute Store
Saturday
18
September

Share Your Memory of
Michael
Upload Your Memory View All Memories
Be the first to upload a memory!
Share A Memory
Send Flowers