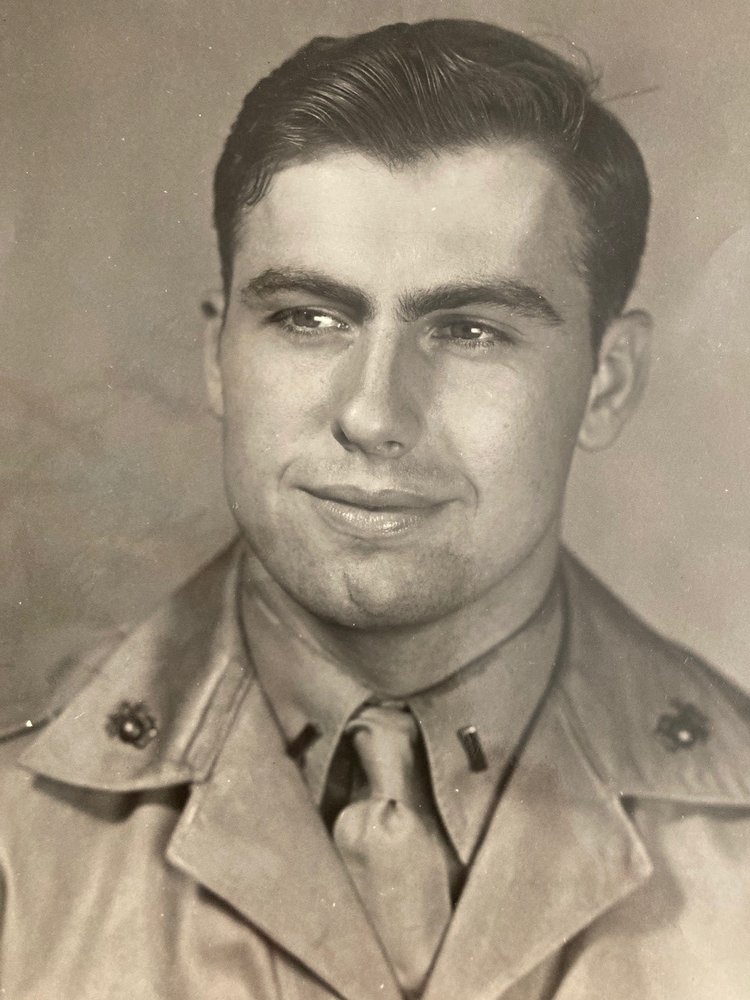 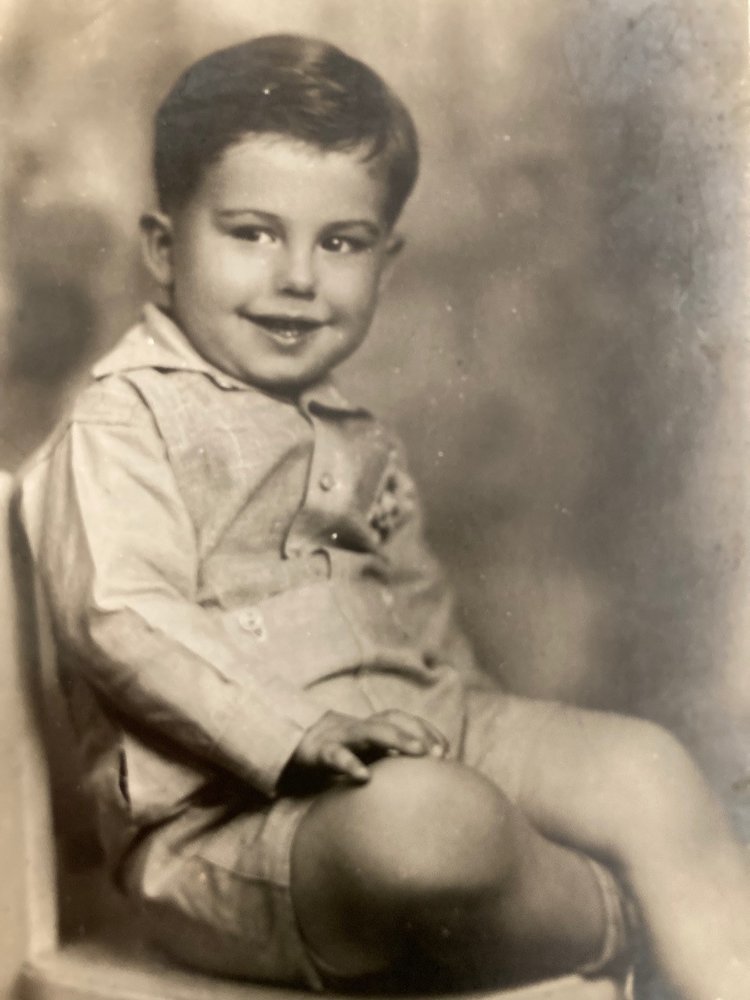 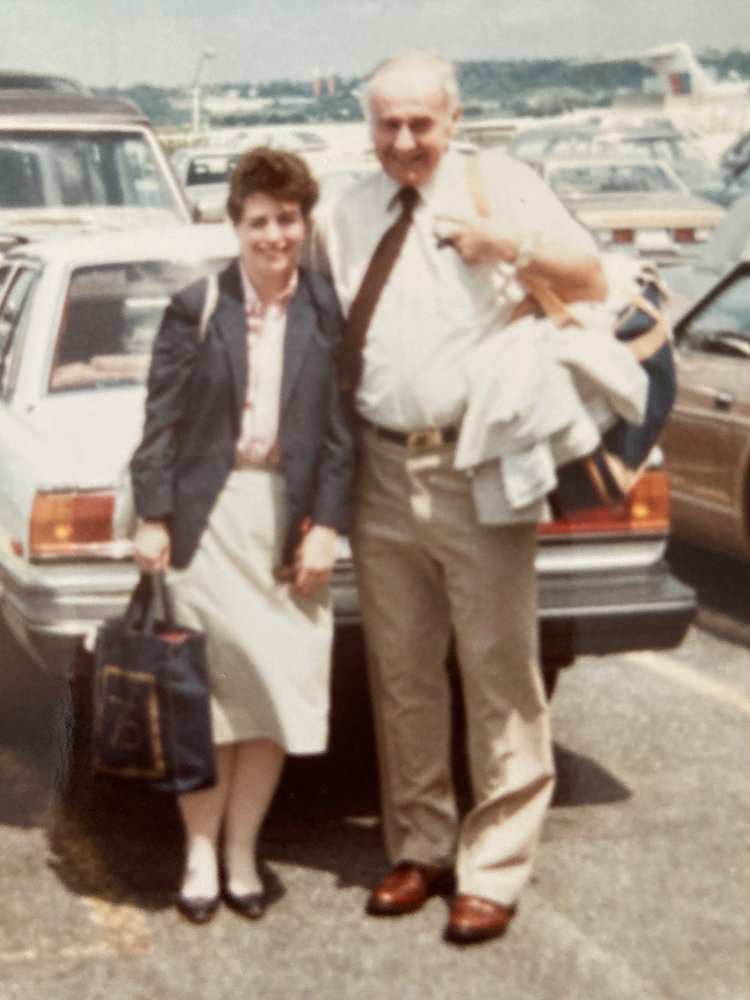 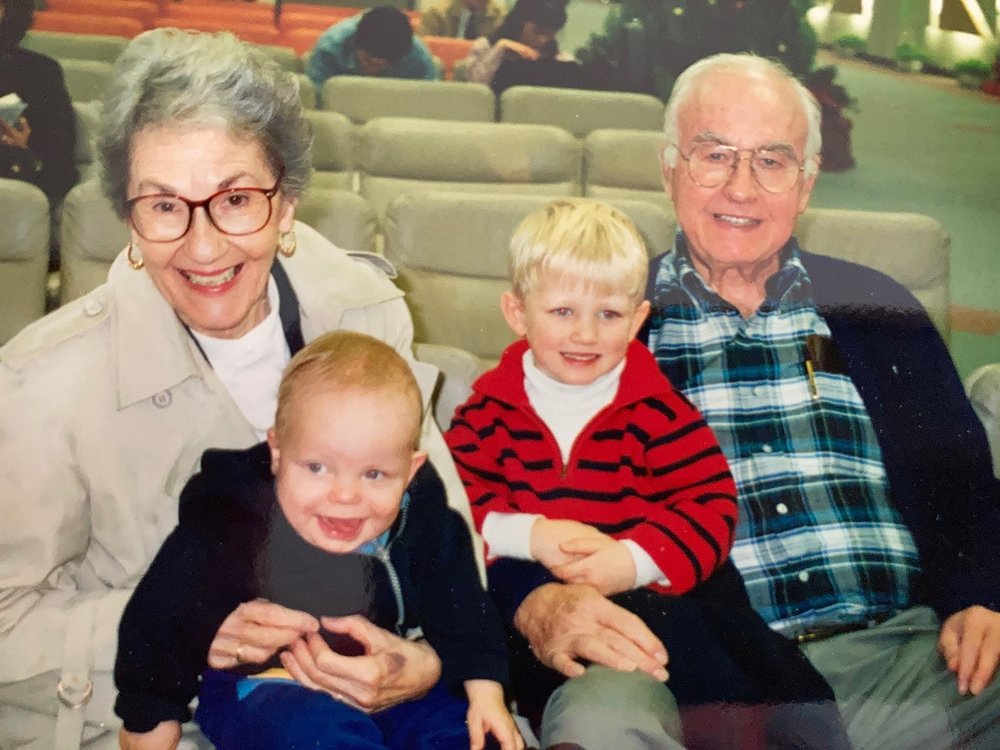 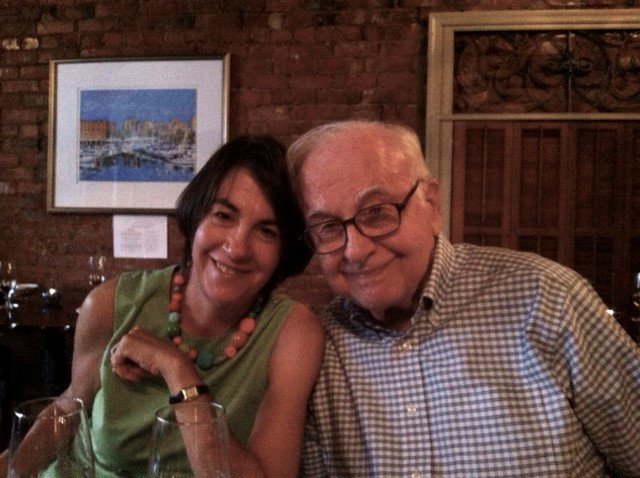 John William Unkle passed away peacefully on Saturday, July 10th at his home in Washington, DC.   Born March 23, 1926 in Columbus, OH, John was the son of William and Blanche (McNaughten) Unkle.   In addition to his parents, he was predeceased by his wife Marie (Michael) whom he married on September 1, 1951 at the old Navy Chapel on Nebraska Ave in Washington; his daughter Margaret (Peggy) Unkle; and his sister Suzanne Burke.  He is survived by his daughter Patricia (Patty) Goodman (Matthew) and his grandsons Michael (Misha) and William (Will).

An Eagle Scout as a teenager, John dropped out of high school at 16 as the prospect of earning money had greater appeal than sitting in the classroom.   At 17 he quit his job at the Columbus Army Depot and enlisted in the US Marine Corps after lying about his age.   When asked why he joined the Marines in WWII, he said they had the snazziest uniforms.   Sent to Sea School in Portsmouth VA for 6 weeks in 1944, where he first saw his future wife Lt jg Marie Michael (US Navy Nurse Corps), John was assigned to the USS Alaska as part of the ship’s Marine detachment.   The Alaska saw combat in the Iwo Jima and Okinawa campaigns.   At the conclusion of the war, the ship was sent to Tsing Tao and Hong Kong, leading to John’s life-long interest in China as well as Japan.

Upon returning home to Columbus, John enrolled at Ohio State on the GI Bill, graduating with a BS in Business Administration in 1949.    Anxious to test his newfound knowledge, John and his friend purchased a lunch counter.   It didn’t take him long to realize the challenges of owning and running a business with a friend.   After the venture failed,  John joined the Columbus police department for a year before he was able to reenlist in the Marine Corps.  While in Columbus, he joined the Mason’s University Lodge No. 631 and later the Shriner’s Zembo Temple in Harrisburg, PA.

John served in the Korean War where he was wounded at the Battle of Bunker Hill and was awarded the Purple Heart.  He later served tours in Harrisburg, PA, Camp Lejeune, NC, Quantico, VA, Henderson Hall in Arlington, VA, Okinawa, and the Philippines, retiring as a Major in 1968.  While at Camp Lejeune, he received a commendation for saving a young seaman who had fallen overboard during a training exercise.

Following his retirement from the Marines, John worked in banking for nine years at the Arlington Trust Company and the Bank of Maryland.  In 1977, he joined the Virginia Unemployment Commission where he retired for a second time in 1991.

John was gifted with an aptitude for working with his hands, be it fixing a washing machine, refinishing furniture, growing tomatoes and squash, preparing his special yeast cinnamon rolls, building gingerbread houses, installing half the attic fans on the block, doing routine maintenance on the family cars as well as those of his daughters’ friends, painting the house, or gardening.    In an age before the internet, he would write away for manuals on how to repair items.   The enormous azaleas in the backyard of their home in Fairfax, VA were raised from cuttings he took and carefully nurtured on the family’s kitchen window sill.   His mantra was, “Learn to do it yourself.”

As a child of the Depression, John learned the lesson of saving for the future and the value of education.   While stationed at Camp Lejeune, he took a number of graduate classes at East Carolina University and later took classes offered by Fairfax County through the Distributive Education Program including data processing, real estate, and car mechanics.   He encouraged every young person to pursue an education.    Learning the value of dollar cost averaging, he was an astute investor endeavoring to teach his daughters the value of “buy and hold.”

After his daughters left home, the purse strings were loosened and John and Marie took a number of trips to Europe and Asia.   Most memorable was a trip to Europe in the summer of 2001 to celebrate their 50th wedding anniversary and to visit their daughter and her family in London.  On the return leg, the plane captain came over the intercom to announce that there was an “incident” and that US airspace had been closed.   As such, they were being routed to Gander, Newfoundland.    Sleeping on the floor of a classroom at Gander Elementary for four nights, fed by volunteers, and hosted at private homes for showering turned out to be one of John and Marie’s most memorable and heartwarming experiences.    They found it hard to balance the emotions brought on by the TV images of the 9/11 attacks and the overwhelming kindness showed by the people of Gander.

A lover of history and all things British, John was an avid watcher of British military tattoos and programs about the Royal Family.   Special thanks go to the Youtube channel for their numerous video offerings on his favorite subjects and Netflix and Amazon for their endless supply of rom-coms which he loved.   John was always up for a good meal, be it home-cooked, from a fine restaurant, or takeout chili from Wendy’s.  Never one to rush, he was legendary for the time it took to finish his plate.  John loved ice cream and was always ready to whip out the old hand-cranked ice cream maker when the girls were young.   Marie said that when they were first married, he used to eat ice cream for breakfast before she put an end to that.  John had a life-long aversion to needles and any type of vaccine.   He’d wince, make faces, and embarrass accompanying family members.   The first of the two-part shingle vaccine just about did him in.   He never returned for the second.   It took a bit of convincing, but John agreed to get a Johnson & Johnson covid19 vaccine — thoroughly enjoying the VIP status he received as a 95 year old in a wheelchair at Shiloh Baptist Church.

Burial will be at Arlington Cemetery at a later date.  In lieu of flowers, the family requests donations be made in John’s memory to Iona House, 4125 Albemarle St, NW, Washington, DC 20016-2105; www.iona.org.