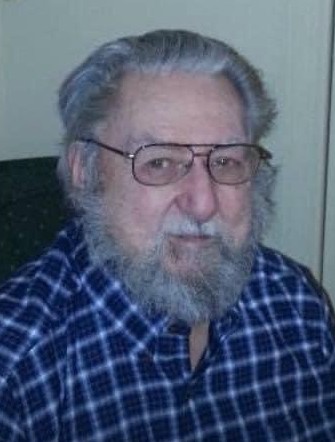 His grandchildren called him “Pop” and to his friends he was Jack.  He was a disabled veteran of a foreign war. He enlisted in the army for three years in 1948.  The President extended his enlistment for one year because of a shortage of trained troops to send to a combat zone.  He was a decorated veteran and some of his awards include the Korean Service Medal with Bronze Star and the United Nations Service Medal.

When he returned home from the Army, he married the love of his life Catherine Conway, known as Kay to all her friends and family, on September 27, 1952.  Jack went on to receive his Bachelor’s Degree in Electrical Engineering from Bucknell University.  Jack and Kay moved to Queens Chapel, MD where he continued his education receiving his Master’s Degree in Engineering from Catholic University.  He would go onto enjoy a successful career working for organizations such as Fairchild building satellites, NASA, and Department of Highways and Traffic in Washington, D.C. before he retired.

Jack was a devoted husband, father and Catholic.  He always put family first, caring for his wife of 56 years, who had Alzheimer’s, at home until she passed.  He created great memories for his children by taking them to many places such as the 1964 World’s Fair, Expo 1967 in Canada, Myrtle Beach in the summer and Miami in the winter to name a few.   Jack had a special bond with his brother Joe.  They talked on the phone every evening about their families, the day’s events and their shared hobby of collecting antiques and rare coins.  He enjoyed outings to the store and spending time chatting with his friend and caregiver Andrea Randolph.

Jack was always there for everyone.  His kindness and generosity knew no bounds. Jack loved supporting those in need. His yarn donations to Gwen David and The Chesapeake Yarn Guild allowed them to make items to provide warmth and love to hundreds of people and even shelter animals.  For those who were blessed to know him he was a great conversationalist and had a real flair for writing and wrote many beautiful limericks and poems.  We have lost a great a man with many friends and who touched so many lives.  His son wrote this poem about him:

You taught me to be honest and true,

Be yourself through and through,

Your number one asset is that heart of gold,

Your spirit will be with me forever,

Carrying me through my every endeavor,

Without infinity only the strong survive,

Saint Peter is at the Golden Gate waiting for you to arrive,

Now he’s with our mom the whole world they see,

From their special place in eternity.

A celebration of life will be scheduled at a later date.

Share Your Memory of
John
Upload Your Memory View All Memories
Be the first to upload a memory!
Share A Memory