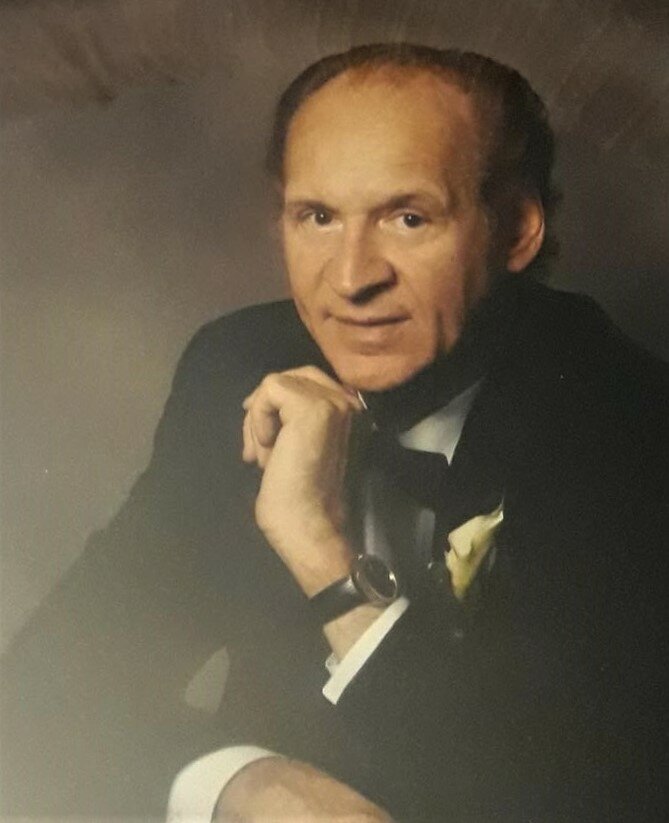 Ohio to Henry Ernst Lacy and Marjorie Wheeler Lacy, passed away at  age 89 on 26 November 2020 while under hospice care at his home in Reston, VA.  He leaves his devoted wife Dreena Gohn Lacy.

David was a proud Air Force veteran having served from 28 March 1949 - 27 November 1952 during Korean War and  honorably discharged as Airman First Class.

David is remembered for his kind, unassuming gentlemanly manner

and keen sense of humor.  He never lost his zest for travel and fly fishing and continued both after retirement.  As a hobby, David continued to collect and sell fishing flies.

David's remains are to be interred in Arlington Military Cemetary with military honors on 11 April 2022.

To send flowers to the family or plant a tree in memory of David Lacy, please visit Tribute Store
Saturday
5
December