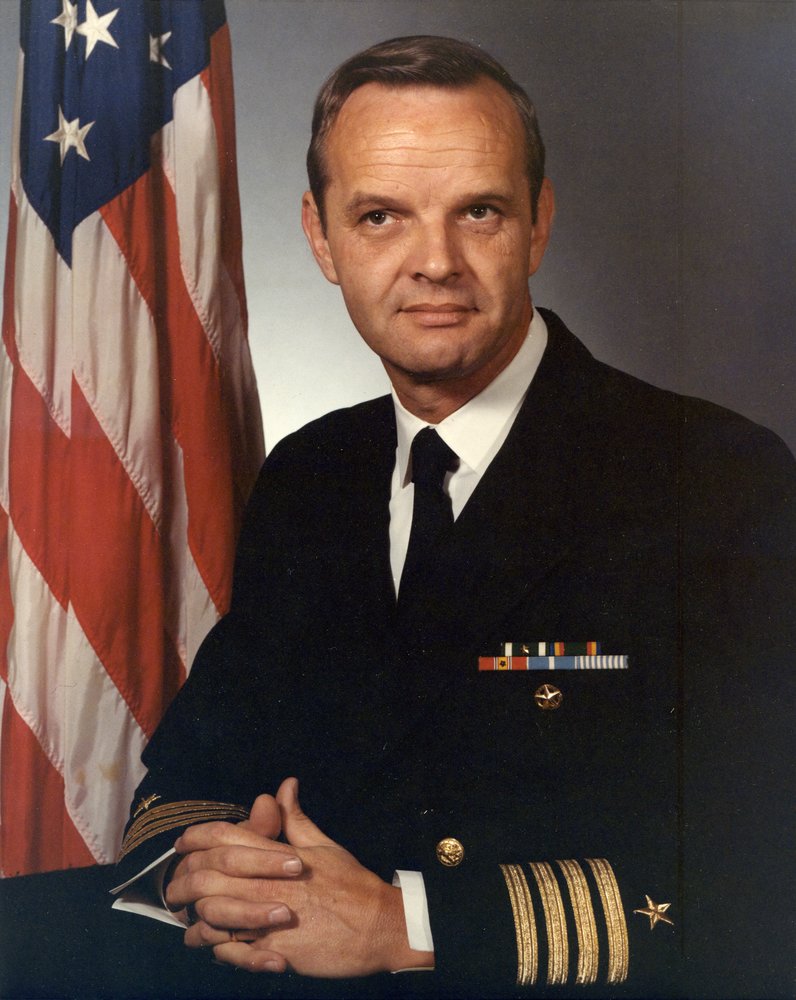 James, known to friends as Jim, was born in Gary, Indiana, to James and Margaret (Smith) McLuckie on July 10, 1929. He was raised by his Scottish immigrant parents in the small town of Hobart, Indiana, with his older brother Andrew. He earned a Bachelor of Music Education at Indiana University in 1953.

After graduating, Jim went to boot camp at Great Lakes and then on to Officer Candidate School in Newport, Rhode Island. In Newport, Jim married the former Nelia Bentley, the two having met at Indiana University.

This was the beginning of Jim’s dedicated service as a United States Naval Officer and father of three, which took the family to Hawaii, Cuba, Puerto Rico, Virginia, South Carolina, Rhode Island, and back to Northern Virginia. During that time, Jim earned a Master’s degree from George Washington University in International Relations.

In 1977, after 24 years of service, Jim retired from the Navy as a Captain. From there, he joined the consulting firm, Presearch Incorporated as a Senior Research Analyst. At Presearch, Jim managed programs using the expertise he developed in mine warfare. Jim spent many years as an active member of the choir at Little River United Church of Christ in Annandale, Virginia. He continued his love of music and stage after moving with Nelia to Greenspring Village in Springfield in 2001. There he acted in and produced theatre productions with the Greenspring Players.

The family is hoping to host a Celebration of Life at Greenspring Village when COVID rules allow. A private burial at Arlington National Cemetery is anticipated for the Spring of 2021.

To send flowers to the family or plant a tree in memory of James McLuckie, please visit Tribute Store