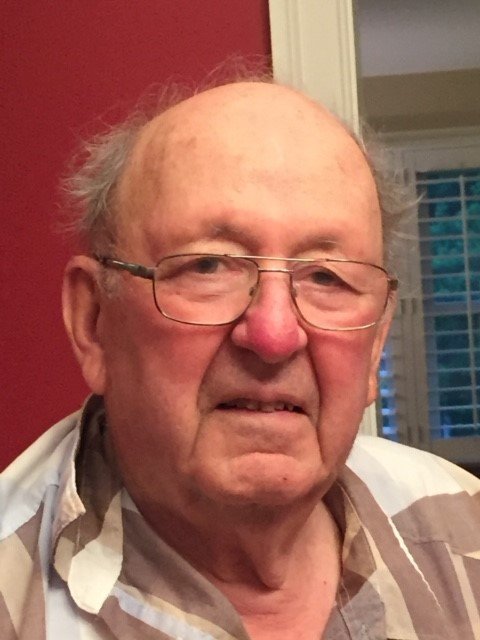 Ido Elisio Colantuoni, 95, of McLean VA passed away peacefully on September 28, 2020 surrounded by his family.  He was born May 15, 1925 in Cambridge, MA to the late Angelo and Clementina Colantuoni.  He is proceeded in death by his loving wife of 51 years, Thelma Killen Colantuoni in 2019, and his two brothers Vincent  and Robert Colantuoni. He served in the US Army during the European theater of World War II and was awarded the combat infantryman badge.  Ido received his Bachelor of Science from Northeastern University, an MBA from the University of Pennsylvania, Wharton Graduate School and received his Doctor of Philosophy in Economics from NYU Stern School of Business.  He worked for Union Carbide Corporation and lived in New York City for much of the 1950s.  He eventually moved to Washington DC where he worked as an economist for the federal government for most of his career.  During this time he also taught economics and finance at Montgomery College and Marymount University.  It was in Washington DC that he met and fell in love with his wife, Thelma.  Together they raised 3 children who were Ido’s pride and joy.  He treated the family to numerous vacations and family beach gatherings.  He thoroughly enjoyed gardening and his summer harvest provided a plethora of corn, tomatoes, banana peppers, and zucchini for all to savor.  He is survived by his sister, Evelyn Hudak of West Hartford, CT, his two sons Joseph and Michael of McLean, VA, his daughter Maria Sheetz, son in law Guy Sheetz of Arlington VA. His three granddaughters, Emily, Jenna and Samantha Sheetz and his nephew Stephen Hudak III of Farmington, CT.  Ido is also survived by extended family members from his wife’s side including nieces and nephews: Gary Killen, Elaine Rorrer, Teresa Hopkins, and Elizabeth Deitschmann and sister in laws: Viola Blevins and Pearl Killen.  A private family burial with military honors will take place in Marion, VA where he will be laid to rest next to his loving wife, Thelma.  In lieu of flowers, memorial donations can be made to the American Heart Association in his honor.  Advent Funeral Services, 7211 Lee Highway, Falls Church, VA is serving the Colantuoni family.

To send flowers to the family or plant a tree in memory of Ido Colantuoni, please visit Tribute Store

Share Your Memory of
Ido
Upload Your Memory View All Memories
Be the first to upload a memory!
Share A Memory
Send Flowers