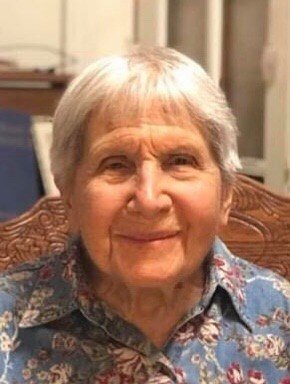 Proceeded in death by her husband of 59 years John H. Dolcich,

She is also survived by one sister JoAnne Very (Greensburg, PA).

She attended elementary and high school at St. Joseph’s in Mt. Oliver, PA where she was the first in her high school class graduating at the age of 16.  An accomplished pianist in high school she played at the USO in Hollywood, FL while her family lived there during World War II.

Her family returned to Mount Oliver.  Her younger brother, to whom she was close, died during the war at the age of 16.  Her father died in 1948 at the young age of 52.  She would later say it was the saddest day of her life.  She worked to pay her own way to graduate from Duquesne University in 1951 with a degree in philosophy.

In 1952 she moved to Washington, D.C. to pursue a Masters in Social Work from Catholic University.  She settled in the District’s Brookland where she stayed for the rest of her life.  She knew she was in the right neighborhood with so many Catholic religious houses around.  She worked as a social worker for several years at the DePaul Home, an orphanage for girls operated by the Daughters of Charity, in the Edgewood neighborhood of the District.

She also became an Oblate of St. Benedict at St. Anselm’s Abbey in Washington, D.C. where she attended Mass on the monthly Oblate Sunday for the next 60 years.  She named each of her children with the name of a Benedictine saint.

In 1954 She married John Dolcich, whom she had met at Duquesne.  He proposed to her not by offering a ring but by giving her a statue of the Blessed Mother.   After living in an apartment for several years, they bought a house where they lived for the rest of their lives.  As children were born, she became a homemaker and stopped working at the DePaul Home.

She supported all her children through Catholic education from first grade through college.  She herself taught catechism for years at the local Catholic parish St. Anthony’s where she was also an active member of the Our Lady’s Sodality. She attended daily Mass for decades.

Having been raised during the Great Depression, she saved many things which she thought could be used again.  This ranged from wrapping paper to plastic cottage cheese containers to aluminum foil which she would wash off and set out to dry.  She would prefer a cup of hot water to coffee or tea.  She lived by a motto:  live simply so others may simply live.

After her husband retired in 1983, they became active grandparents driving to the Midwest twice a year to spend a week each with two of their children’s families.  They also would babysit regularly for the grandchildren who lived in nearby Northern Virginia.  They even made 3 trips to Croatia to visit their son who became a priest there.

In 2008 her life changed when her husband had a debilitating stroke.  Her youngest son Fr. Maurus moved in to care for him with the help of home aides.  In 2013 she had a fall, a pulmonary ambulism, and colon cancer surgery.  She then needed assistance herself from home care aides.  Her son covered for their care mornings, evenings, and nights. Her husband John died in September, 2014.

During the last 7 years many athletes came to stay at her home from Texas, Connecticut, Florida, and Vancouver, Canada so that they could train with a local trainer.  None were ever charged.  One, who was an NFL linebacker, would come back to stay the night during breaks at training camp saying that “there was a peace in the house which I need.”  Another stayed for a year and a half and used her house as a base to finish college in Pennsylvania.  He became like another grandchild.

She was known by all to be a sweet, gentle, non-judgemental, loving, devout, and prayerful woman.  She loved God and would be transfixed when watching liturgy on EWTN, the Catholic station.  She always said that the goal of life is to be with Christ in Heaven.

To send flowers to the family or plant a tree in memory of Mary Dolcich, please visit Tribute Store
Wednesday
23
September

Share Your Memory of
Mary
Upload Your Memory View All Memories
Be the first to upload a memory!
Share A Memory
Send Flowers