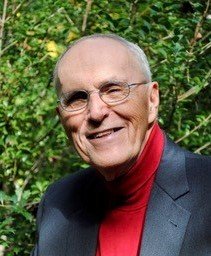 Bill Neikirk of Arlington, Virginia, a longtime Washington-based journalist who covered the White House and the economy for the Associated Press and the Chicago Tribune, died August 27 after a long illness. He was 82.

Born in rural Irvine, Kentucky, he joined the AP’s Washington Bureau in 1969 after having worked for the wire service in Louisville, Lexington, and Frankfort, Kentucky, and Baton Rouge, Louisiana. He moved to the Tribune’s Washington bureau in 1974. He also served as the newspaper’s Washington news editor, and later worked in Chicago as assistant managing editor for financial news. He was a syndicated columnist, and became a frequent guest on CNN and other TV outlets.

He also wrote three books—Volcker: Portrait of the Money Man, about the inflation-battling former Federal Reserve Board Chairman Paul A. Volcker; The Work Revolution (written with Gail Garfield Schwartz), which described the impact of the technological revolution on jobs held by low-skilled workers; and The Copperhead Club, a fictional thriller based in Washington and in the Kentucky mountains, where he grew up.

Bill received numerous awards and honors during his 48-year journalistic career. He won the prestigious Merriman Smith Award for his presidential reporting in 1995, and the Gerald Loeb Award for business writing in 1979, and was a runner-up for a Pulitzer Prize that year for a newspaper series on the impact of world trade. In 2007, he was elected president of the Gridiron Club, a select group of Washington journalists.

He is survived by the former Ruth Ann Clary, his wife of 59 years; two sons, John (Lisa) and Greg (Jeannette), and a daughter, Christa  (Kevin Chang); and two grandchildren, Matthew and Isabella (John).

A memorial service will be held as soon as it is feasible at the Rock Springs Congregational Church at 5010 Little Falls Road in Arlington, Virginia. Additional parking will be available at the Knights of Columbus building, 5115 Little Falls Road. In lieu of flowers, contributions may be sent to the William Robert Neikirk Scholarship Fund, University of Kentucky, at the Gift Receiving Office, 210 Malabu Drive, Suite 200, Lexington, KY 40502, or at https://bit.ly/2xwienB.

To send flowers to the family or plant a tree in memory of William Neikirk, please visit Tribute Store