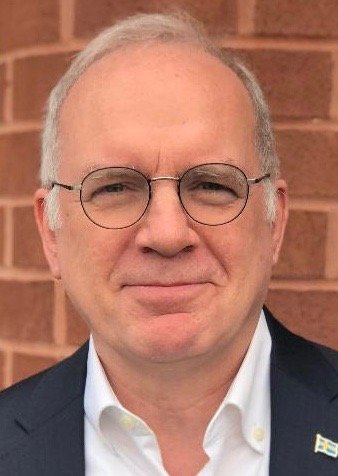 From the banks of a small town on the Fox River to a world capital on the Potomac River, Ross Heath lived a profound life of curiosity, creativity, and deep friendships. He was born in Geneva, IL, and began school in nearby Lombard, but the family soon relocated to Doylestown, PA, due to his father’s job transfer. Ross shared an idyllic childhood there with his best friend and younger brother, Kyle. Ross was a good student, enchanting and often astounding his teachers with his intelligence and humor, as he did one memorable Halloween. When the class was provided orange and black construction paper to create jack-o-lanterns, Ross instead created a dark scene of black paper with glaring orange eyes. Ross enjoyed learning and was a prolific, life-long reader.

Ross graduated from his cherished Central Bucks East High School before attending Augustana College in Rock Island, IL. He graduated with a Bachelor of Arts in English, delighting his professors and maintaining close friendships with several for decades. He even served on the Alumni Association Board of Directors. Later, he earned a Master of Science in Technology Management from the University of Maryland University College Graduate School of Management and Technology, which supported his career aspirations.

The analytical side of Ross propelled him into the field of information technology, where he supported many federal agencies as a software coder, analyst, and program manager, enhancing projects for the U.S. Air Force, Department of Defense, Joint Chiefs of Staff, Internal Revenue Service, and others. He particularly enjoyed his work for the Department of State, where he spent the last 19 years analyzing the Department’s global network to ensure the efficacy of this lifeline that connects over 300 embassies and consulates to the U.S. For Ross, each day presented a new puzzle to which he could apply his many talents and creativity, knowing how much each solution aided our diplomatic corps around the world.

Perhaps his greatest joy, and certainly his greatest passion, was creating and growing Arcturus Theater Company, now in its eighth season. As the Founder and Artistic Director, Ross produced 15 projects, including full and one-act plays, staged readings, and musical performances, all intended to provoke discussion and emotion.  Though movement and pantomime classes he attended for fun sparked the idea for launching his own theater company, the artistic ember may have been lit decades earlier, when he and his father were stargazing and spied an especially bright star in the night sky. His father whispered, “That is our star,” which was Arcturus, one of the brightest visible from Earth.

Certainly Earth is a little dimmer with the passing of Ross Heath on July 31, 2020. He is survived by his loving parents, Donald and Louise “Mama Lou” Heath of Doylestown, PA, and is pre-deceased by his beloved brother, Kyle Heath. A small memorial service will be held at St. Paul’s Lutheran Church in Doylestown, Pennsylvania.

Share Your Memory of
Ross
Upload Your Memory View All Memories
Be the first to upload a memory!