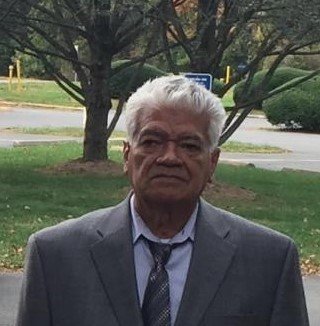 It is with deep sorrow and much love that we mourn the passing of our beloved father, brother, grandfather, Juan Pablo Escalante, 76, on Tuesday, June 16.  He is survived by his beloved wife Mary Luz Escalante, her daughters and son, Julissa Paola, Ana Maria, Diva Rivana, Romina Vanesa, Claudia Karina Escalante. Her sisters Maria, Eva, Mercedes, Eusebia Escalante and brothers Juan, Gabriel and Isidro Escalante, 10 Grandchildren, in addition to his immediate and extended family.

He was born in June 26, 1943 in Bolivia, he grew up in Yacuiba and Santa Cruz, where he graduated as Economist from Gabriel R. Moreno University in Santa Cruz de la Sierra. He worked at the Canada Dry Plant for several years, then later as entrepreneur traveling between Bolivia, Brazil and Argentina. He moved to the United States in early 2000 to retire besides his daughters where he worked at Marriots Hotels. He will be dearly missed by friends, colleagues.

To send flowers to the family or plant a tree in memory of Juan Escalante, please visit Tribute Store

Share Your Memory of
Juan
Upload Your Memory View All Memories
Be the first to upload a memory!
Share A Memory
Send Flowers