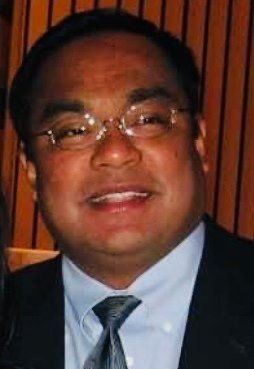 Emmanuel (“Noel”) E. Roco of Falls Church, VA died of complications due to Covid-19 on May 15, 2020 at the age of 48. He is survived by his wife Lynda Roco, his daughter Ariana M. Roco and his son Ryan Noel Junho Roco.

He was known as Manny to some, and as Noel to others, but everyone who knew him recognized him as a loving husband and father, a fierce friend who delighted those around him with his sometimes mischievous but good-natured humor and tall tales, and as a tenacious competitor, capable of excelling in the high-pressure world of finance or dominating a game of scrabble.

He was born on November 26, 1971 in Manila, Philippines to Emmanuel L. Roco and Milagros E. Roco.  They emigrated to the United States when Noel was only a year old.  They settled in the Bronx, NY before setting roots in Merrick, NY when he was 7 years old. He was a big brother to Christina R. Griswold and brother in law to Robert W. Griswold.  In his youth he attended Kellenberg Memorial High School where he was a varsity athlete and graduated with Honors in June 1989.  He attended New York University Stern School of Business on a full scholarship, was on the Dean’s list all 4 years and graduated Cum Laude in May 1993.

Noel married his college sweetheart, Lynda Mun in 1999 and settled down in East Windsor, NJ.  His daughter Ariana was born September 2001 and his son Junho was born November 2003.  In 2014, he moved to Falls Church, VA.

and long hours. He took leading finance positions at successive top institutions, including Cowen, DLJ, Dow Jones, the Government of Singapore, Quest Diagnostics until finally settling down with Thermo Fisher Scientific.  He once said most people

do not find finance exciting, but he did. He felt so lucky he was able to do what he loved for a living.

Above all he was a dedicated family man, he did everything for his kids. He rarely missed a soccer game, swim meet, baseball game, or even a practice, and was a volunteer soccer coach for both his children.  He was a die-hard fan of the Yankees, Giants and Islanders. He remained a true New Yorker no matter where he lived.

He taught his children to excel in life, and set a positive example for them in the way he

lived his own. He wanted his children to never make excuses, but instead to strive to always do better, to be better. He instilled that lifestyle in his children, teaching them to see themselves the way he saw them, extraordinary. He was the life of the party, delighting friends and family alike with tales and antics. He was never happier than when he was surrounded by his cousins, aunts and uncles at family get togethers and reunions, bringing laughter to all.  He was the person that friends and family alike would gravitate towards, and was always ready with a kind word or helpful advice as needed.

He was revered, cherished, admired and most of all loved by so many. He will be missed dearly.  We will continue his remembrance by keeping our memories of him alive in our hearts all through the days of our lives.

To send flowers to the family or plant a tree in memory of Emmanuel Roco, please visit Tribute Store

Share Your Memory of
Emmanuel
Upload Your Memory View All Memories
Be the first to upload a memory!
Share A Memory
Send Flowers