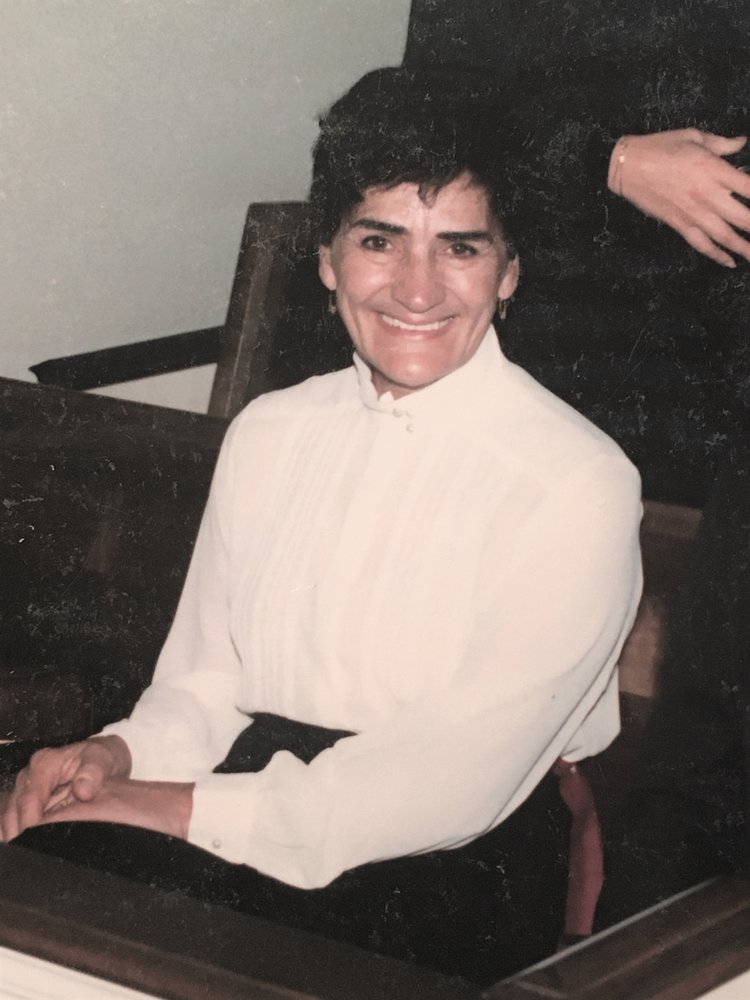 Stella was a beloved wife, mother, grandmother, great-grandmother, daughter, sister, and friend to the many and all that were lucky enough to know her.  A second-generation Polish American, she was born in Chicago, IL, to Jacob and Mary Zembal and grew up with her siblings Josephine, Genny, Henry, Florence, and Edward in a thriving Polish immigrant neighborhood on the North Side.  In the 4 years following high school, Stella worked in administrative positions for various companies in Chicago and was also a ballroom dance instructor.

Stella was an Air Force Veteran.  Not finding what she was looking for in Chicago, Stella decided to join the newly founded United States Air Force, she completed her basic training at Lackland Air Force Base in Texas, and was stationed as Airman Second Class at Fort Myer Army Base in Virginia where she met her future husband, Oscar Fox.  Their next stop was Wiesbaden Army Airfield near Frankfurt, Germany where she traveled extensively across Europe and developed a life-long interest in European culture, particularly Spanish and German.  Upon their stateside return, Stella and Oscar were stationed at various U.S. Air Force bases around the country and eventually settled in Camp Springs, Maryland with their large and growing family.

An adventurous spirit, Stella had a friendly, outgoing personality, a quick wit and loved to laugh, joke, tell stories, sing, and dance, including tap which she learned while in her 60's.  Her warmth and genuine interest in people helped Stella during her many years as a popular waitress at the iconic Market Inn in Washington D.C., where customers would ask to be seated at "one of Sally's tables".

Born during the onset of the Great Depression, Stella believed in the vital importance of education, hard work, family, tolerance, humility, kindness and keeping a positive, fearless outlook on life.  She enjoyed travel, exercising, yoga, reading, movies, long walks, playing golf, bargain hunting, cooking, and baking her delicious pies, cakes, and Christmas cookies. Stella had a progressive mindset and was an early advocate of fitness, healthy food, vitamins, and mindfulness long before they became trendy topics.

Stella embraced her Polish heritage and was devoted to the Blessed Virgin Mary, Our Lady of Czestochowa, and Pope John Paul II who she proudly noted was from the same Southern Poland town as her own family.  Her deep Roman Catholic faith supported and sustained Stella throughout her long and joyous life.  One of Stella’s most cherished places was St. Mary of the Angels in Chicago, where she attended grammar school and went to church every Sunday for 22 years.

Through it all, Stella was happiest when spending time with her treasured children and grandchildren and was always ready with an encouraging word, a helping hand and her common-sense advice and wisdom.  One of her favorite sayings was “Whatever will be, will be”.

A Catholic Mass and interment at Arlington National Cemetery will be held at a later date.  Please feel free to share a memory or share a photo on this page.  In lieu of flowers, donations in the form of a check in Stella's honor can be made to Poor Clare Sisters, 2505 Stonehedge Dr., Alexandra, VA 22306.

To send flowers to the family or plant a tree in memory of Stella Fox, please visit Tribute Store

Share Your Memory of
Stella
Upload Your Memory View All Memories
Be the first to upload a memory!
Share A Memory
Send Flowers