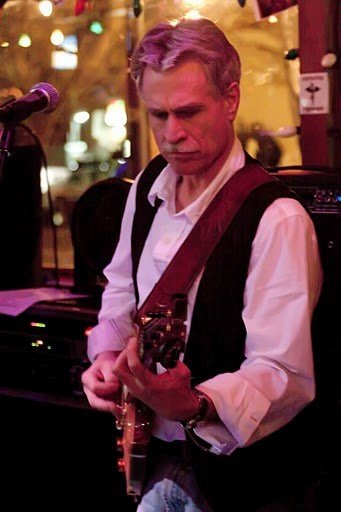 Obituary of William B Cherrix

William Byrd Cherrix (“Bill”), of Vienna, VA, died at the age of 63 on Sunday March 1, 2020 from an aortic aneurysm brought on by arteriosclerosis.  He was the beloved husband of Lezlee Emory-Cherrix and proud father of twins Mason M. Cherrix and Riley K. Cherrix.  Also surviving him are his dear mother Catherine Rodgers Cherrix and his siblings, James L. Cherrix (Robin) and Claudia Cherrix Tchiloyans (Paul), as well as 5 nephews and nieces and their families. He was predeceased by his father Charles Baynard Cherrix and a younger brother Christopher Lee Cherrix.

Bill was born in Washington DC in the spring of 1956, and grew up in Rockville and Wheaton MD as the eldest of four children. He graduated from Northwood High School in Wheaton MD and Montgomery College in Montgomery County MD.

Bill had a real passion for music from an early age; he got his first guitar at age eight. He became very involved in the local Maryland rock music scene as a lead guitar player, and he continued to remain active in multiple classic rock bands when he moved to Northern Virginia in 1992 after having met Lezlee there on a blind date. Bill also was an avid fisherman, was fascinated by birds of all types, and greatly enjoyed sharing puns and memes!

Prior to taking a planned early retirement from his ‘day job’ to be the at-home parent for his children, Bill was a desktop software developer / systems programmer for the American Red Cross and for AOL. But he never ‘retired’ from performing and he continued joyfully playing classic rock music locally with bandmates and friends. We will miss his musical and loving presence.

A viewing will be held on Friday, March 13th, beginning at 4:00pm at Advent Funeral Home, 7211 Lee Highway, Falls Church VA 22046. A memorial service at the same location will be held at 7:00pm following the viewing.

He will be interred at a later date at the Peninsula Memorial Park Cemetery in Newport News, VA.

To plant a tree in memory of William Cherrix, please visit Tribute Store

Share Your Memory of
William
Upload Your Memory View All Memories
Be the first to upload a memory!
Share A Memory
Plant a Tree