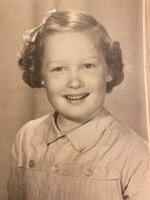 On January 31, 2022, Rebecca “Diane” Jagtiani, of Burke, Virginia, passed away at the age of 71 at Arlington Hospital. Diane was born March 15, 1950, in Washington, D.C. to Allan Hall and Rebecca Mae Holloway.  She was married on June 13, 1974, to Jack Dayaram Jagtiani. Diane was a registered nurse for over 40 years and began her career at Arlington Hospital before working at Fairfax Hospital for 38 years. Diane is survived by: her four sons, Ray Jagtiani, Stephen Jagtiani (Sarah), Andrew Jagtiani (Jennifer), and Garrett Jagtiani (Victoria); two brothers, Walter Hall and Bruce Hall; and her eight granddaughters. She was preceded in death by: her son Jonathan Jagtiani, her husband Jack Jagtiani, and her brother James Hall. Diane was a great wife to Jack and the greatest mom and grandma to her kids and grandkids. A celebration of life for Diane will be on Friday, February 4, 2022 from 1pm-5pm at Advent Funeral Home located at 7211 Lee Highway, Falls Church, Virginia 22046.